Plastic Energy and TotalEnergies sign an Agreement for an Ad

This news is classified in: Sustainable Energy Climate Change 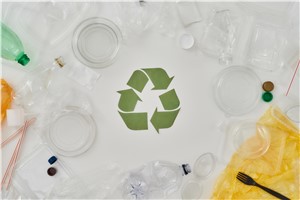 Plastic Energy and TotalEnergies have announced a new agreement to promote the development of advanced plastic recycling. Under this agreement, Plastic Energy plans to build a second advanced recycling plant in Sevilla, Spain, in addition to their existing operational plant, which will transform end-of-life plastic waste into a recycled feedstock called TACOIL using Plastic Energy’s patented recycling technology. TotalEnergies will convert this raw material into virgin-quality polymers, which can be used for food-grade packaging.

The plant will process and convert 33,000 tons of post-consumer end-of-life plastic waste yearly, that would otherwise be destined for landfill or incineration. The plant is expected to become operational in early 2025, with TACOIL to be used for the manufacturing of high-quality polymers in TotalEnergies’ European-based production units, following successful processing experimentation in TotalEnergies’ petrochemical platform in Antwerp. With identical properties to virgin ones, the recycled polymers will be suitable for use in food-grade applications, such as flexible and rigid food packaging containers.

Plastic Energy and TotalEnergies are both firmly committed to developing plastics recycling to address the issue of plastic waste and to build a circular economy in Europe and globally. In line with this commitment, TotalEnergies and Plastic Energy have announced in September 2020 a joint venture to build a plastic waste conversion facility with a capacity of 15,000 tonnes per year at the TotalEnergies Grandpuits zero-crude platform in France. The project is expected to be operational in 2023.

Additionally, Plastic Energy, Freepoint Eco-Systems, and TotalEnergies announced a strategic partnership in October 2021 for a similar recycling plant in Texas, U.S.A. This plant, which is a joint venture between Plastic Energy and Freepoint Eco-systems, will have the capacity to recycle 33,000 tonnes of plastic waste per year and is expected to be operational by mid-2024. Under the agreement, TACOIL will be converted by TotalEnergies in its Texas-based production units.

“I am pleased to announce another new Plastic Energy plant in Spain, and a new collaboration agreement with our partner, TotalEnergies,” said Carlos Monreal, founder, and CEO of Plastic Energy. “This new large-scale recycling plant will be an impactful addition to our existing portfolio of operational plants in Spain and will allow for an increase in the amount of end-of-life plastics that we can recycle in Europe.”

“This new project with Plastic Energy in Spain follows two collaboration projects already announced in France and the U.S. Those projects contribute to addressing the challenge of the circular economy and to our ambition of producing 30% recycled and renewable polymers by 2030,” said Valérie Goff, Senior Vice President, Polymers at TotalEnergies.

Tell a friend:
Plastic Energy and TotalEnergies sign an Agreement for an Advanced Recycling Project in Spain