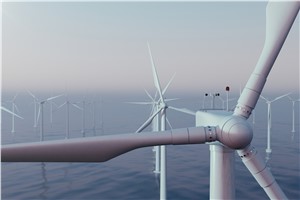 TransAlta Corporation ("TransAlta" or the "Company") (TSX: TA) (NYSE: TAC ) announced today that it has entered into two long-term Power Purchase Agreements ("PPAs") for the offtake of 100 percent of the generation from its 300 MW White Rock East and White Rock West Wind Power Projects (collectively, "White Rock Wind Project" or the "facility"), to be located in Caddo County, Oklahoma.  Contracting the renewable electricity and environmental attributes to an outstanding new customer with an AA credit rating from S&P Global Ratings enables TransAlta to move into the construction phase and add the 300 MW White Rock Wind Project to its growing wind generation fleet.

"TransAlta is thrilled to make our White Rock Wind Project a reality. The delivery of low-cost, reliable, and clean energy from White Rock supports our customer's sustainability goals and provides an excellent opportunity to expand our wind fleet in the United States ," said John Kousinioris, President and Chief Executive Officer of TransAlta. "This project is another step towards executing our recently announced Clean Electricity Growth Plan of delivering 2 GW of capacity by 2025.  White Rock East and West will collectively be the largest wind project we have undertaken and are excellent additions to our Company's expanding wind portfolio."

The White Rock Wind Project will consist of a total of 51 Vestas turbines with construction expected to begin in late 2022 and a target commercial operation date in the second half of 2023. TransAlta will construct, operate and own the facility. Total construction capital is estimated at approximately US$460 million to US$470 million and is expected to be financed with existing liquidity and tax equity. Over 90 percent of the project costs are captured under executed fixed price turbine supply agreements with Vestas and executed fixed-price engineering, procurement, and construction agreements with M.A. Mortenson Company. The project is expected to generate total annual earnings before interest, taxes, depreciation, and amortization ("EBITDA") of approximately US$44 million including production tax credits.  It is expected that the White Rock Wind Project will remain a TransAlta project.