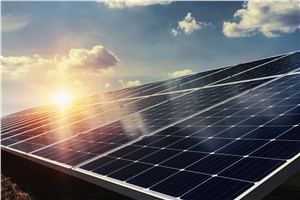 Boralex Inc. ("Boralex" or the "Company") (TSX: BLX) is pleased to announce that it has commissioned its first floating solar farm, in Peyrolles-en-Provence, in the French department of Bouches-du-Rhône. The facility consists of more than 43,000 photovoltaic panels for a total installed capacity of 12 MWac, assembled into a 12-hectare island in the "Chapeliers" basin, a former gravel pit undergoing a global redevelopment operation.

The site will produce more than 22 GWh per year, enough to meet the energy needs of some 6,400 households. The project was selected under the French Energy Regulatory Commission (CRE 4) call for tenders for period 7 and thus benefits from a feed-in premium contract for 20 years.

The floating solar project originates from the vision of materials company Durance Granulats and municipality Peyrolles-en-Provence to refurbish a gravel pit on the Chapeliers site, which had reached the end of its operating life. Also interested in opportunities to use the space for energy generation, the Durance Granulats and Peyrolles-en-Provence engaged Boralex in 2016 to develop a project. The Company then launched specific studies to define and qualify the environmental, landscape, and technical issues to create a project with a sustainable technological solution that is easy to operate.

Five years after its launch, Peyrolles-en-Provence becomes the first Boralex asset to use floating solar technology—making it possible to turn a body of water at an old industrial site into a renewable energy production asset.

In addition, through a partnership between Boralex and the Institut National de l'Energie Solaire (INES), a world leader in R&D and expertise in solar technologies, the solar facility will be monitored, with a focus on specific measurements for at least the first three years of operation. This research will therefore contribute to enhancing floating solar technology and allow for the optimization of the overall performance of the site.

"The Peyrolles-en-Provence project is the result of extensive engineering work and consultations with stakeholders," said Nicolas Wolff, Vice President, and General Manager Boralex, Europe.  "Our teams were able to take advantage of this innovative technology to offer a technico-ecological solution adapted to its natural environment, and thus meet the needs expressed by Durance Granulats and the municipality of Peyrolles-en-Provence. We are proud to see the site now generating its first electrons."