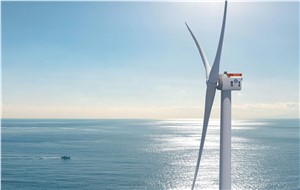 Co-sponsors of Dogger Bank C, SSE Renewables, and Equinor ASA ("Equinor") secured and closed a project finance debt package from a consortium of 28 banks and three export credit agencies (ECAs), including Bpifrance Assurance Export ("Bpifrance"), the French ECA. Taken in aggregate with the financing of Dogger Bank A and B last year, reaching financial close on all three phases of Dogger Bank Wind Farm is the world's largest offshore wind project financing to date.

Dogger Bank C is a project financed with a gearing of c.70% for the generation assets. Gearing on the transmission facilities is set at 90% of the forecast Offshore Electricity Transmission (OFTO) sale proceeds, in line with standard market practice in the sector. Total senior debt facilities are around £2.5 billion-plus ancillary facilities of around £435 million.

François Lefebvre, CEO of Bpifrance Assurance Export, said: "Bpifrance is committed to deploying ever greater financial resources to accelerate the development of renewable energy in support of the energy transition. Supporting the third stage of the world's largest offshore wind farm, with export credit insurance cover to the debt finance package, highlights our commitment to renewables and GE's Haliade-X technology that will help the world meet its climate goals through French exports."

GE Renewable Energy and Dogger Bank have also finalized the service and warranty contract for a five-year full-service agreement that will begin once the Dogger Bank C phase is commissioned in 2026. Dogger Bank Wind Farm has a combined installed capacity of up to 3.6 GW and is expected to reach entire commercial operations in 2026 with turbine installation beginning in 2025. The phases, which comprise three 1.2 GW projects, were successful in the Contracts for Difference (CfDs) Allocation Round, the UK Government's auction for renewable power. SSE Renewables is leading to the development and construction of Dogger Bank Wind Farm. Equinor will operate the wind farm on completion for its expected operational life of around 35 years.

Jan Kjaersgaard, President & CEO, Offshore Wind at GE Renewable Energy, said: "We are delighted to join GE Energy Financial Services and the other project co-sponsors in supporting our customers SSE Renewables and Equinor as they are reaching yet another milestone on the Dogger Bank project. Having this landmark project reach financial close for its third phase is important for the entire industry as it offers tangible proof that projects of this magnitude are viable. We look forward to continuing our work with all parties to support a historic project that will make a considerable contribution to the energy transition in the UK."

On completion, Dogger Bank Wind Farm is expected to power up the equivalent of six million homes annually in the UK or 5% of the UK's electricity demand. GE's Haliade-X technology will have an important role to play in the UK's offshore wind ambitions (40 GW by 2030) and greenhouse emission reduction to "net-zero" by 2050.

Alistair Phillips-Davies, SSE Chief Executive, said: "It is a fantastic achievement to be reaching financial close on the third phase of the world's largest offshore wind project, just weeks after COP26 concluded in Glasgow and today marks an important early milestone in the delivery of our own Net Zero Acceleration Programme. Our plans will enable the delivery of over 25% of the UK's 2030 40 GW offshore wind target while also expanding overseas, delivering over 20% of upcoming UK electricity networks investment, and deploying the critical flexibility technologies to provide security of supply.

"Construction is well underway on the first two phases of Dogger Bank with work on the third phase already progressing and we look forward to this ramping up in the New Year. As well as providing clean, green power, Dogger Bank is enabling the planned GE blade manufacturing plant in Teesside and a huge number of direct and indirect jobs."

Pål Eitrheim, Equinor EVP of New Energy Solutions, said: "Reaching financial close on the third phase of Dogger Bank is a significant milestone as it demonstrates that we are on track with developing what will become the world's largest offshore wind farm. The extensive interest from lenders underpins the attractiveness of UK offshore wind assets and the confidence in SSE and Equinor as developers. The level of interest achieved reflects the quality of the project and enables strong return on equity. As the wind farm's future operator, we will leverage our offshore execution capability and continue to deliver value for years to come."

Tell a friend:
Another milestone for Dogger Bank Wind Farm as it reaches financial close for third phase