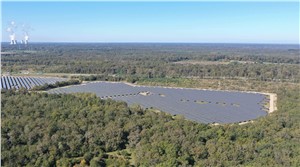 TotalEnergies has launched its largest photovoltaic solar power plant in France, with a capacity of 55 megawatts (MW).

The solar farm, located northeast of Gien (Loiret), comprises 126,000 photovoltaic panels spread over 75 hectares. The plant will produce around 64 GWh per year, equivalent to the annual electricity consumption of 38,000 people and keep more than 550,000 tons of CO2 out of the atmosphere during its lifetime.

This photovoltaic project is part of a sustainable, responsible approach designed to support the development of renewable energies in France. Hence, this project includes:

TotalEnergies teams will operate and maintain the plant locally throughout its 30-year operating lifespan.

“TotalEnergies once again confirms its commitment to the development of renewable energies in partnership with the regions. I would like to thank all of the project stakeholders who helped develop our largest solar farm in France. This commissioning contributes to France’s energy transition and is a further step towards our goal of reaching 4 GW of renewable generation capacity by 2025. It reinforces our commitment to be a major player in renewable energy in France” said Thierry Muller, CEO of TotalEnergies Renewables France.

Furthermore, in mid-November, TotalEnergies was awarded 51 megawatts (MW) of solar projects in the 10th round of the CRE 4 (French Energy Regulatory Commission) tender. The eight winning projects will be commissioned by the end of 2023 and then operated and maintained by TotalEnergies' teams, whose local workforce is expected to grow. In the last ten bidding periods, TotalEnergies has won 707 MW of solar projects, placing it second among all developers in France.