Research Finds Many Renters Unable to Participate in Clean E 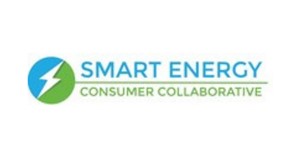 Despite living in homes that consume " 15 percent more energy per square foot than owner-occupied homes," Americans who rent their homes often face significant barriers to participating in energy efficiency and clean energy programs compared to homeowners, according to a new report from the  Smart Energy Consumer Collaborative  (SECC).

More than one-third of American households today rent rather than own their homes, according to the U.S. Census Bureau. However, renters are often limited in the energy-efficient actions that they can take around their homes. While homeowners can view their home energy usage holistically, renters don't control the structural integrity or systems of the places they rent and can only control their behavior, program enrollment, and modest premise upgrades.

SECC's "Understanding the Needs and Wants of Renters"  report – which is based on an online survey of 1,000 consumers in the U.S. who rent and pay their energy bills and five in-depth interviews with residential landlords – also revealed a reluctance among renters to ask their landlords for energy-efficient upgrades. Forty-six percent stated that this is because they don't want to risk their rent increasing, and 36 percent believed that they knew their landlord would not allow the upgrades.

When asked about the energy efficiency of their homes, about one-third (31 percent) of renters believe that their home is overdue for energy-efficient upgrades, with another 11 percent believing that the energy efficiency of their home is "very poor". Landlords, however, do not appear to be motivated to make these upgrades due to highly competitive rental markets, the cost involved in making the upgrades, and other factors.

While landlords may be key to making more significant energy-efficient upgrades, renters are receptive to receiving information from their electricity providers about programs and offers that they can participate in, including energy efficiency rebates (78 percent are very or somewhat interested), monthly energy usage reports (74 percent), access to energy data (72 percent) and renewable energy programs (63 percent).