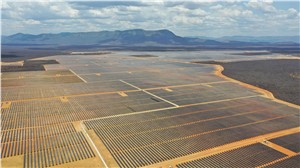 Patria Investments, a global alternative asset manager and leader in the sector in Latin America, announces the beginning of operations of Sol do Sertao Photovoltaic Complex (or Sol do Sertao Solar Power Plant), in Oliveira dos Brejinhos ( Bahia State, Brazil ), 300 miles from the State capital, Salvador. With an investment of R$ 1.4 billion ( $250 million ) and a capacity of 475 MWp, the project was developed by Essentia Energia, a Patria Investments company dedicated to the renewable energy sector, with a focus on solar and wind power.

The new Essentia Energia plant is the second-largest solar energy complex in Brazil and the third-largest in LatAm, with an estimated capacity to serve around 580,000 households, saving the emission of approximately 465,000 tons of CO 2 per year by generating power from a clean, sustainable source. With modern infrastructure and more than one million bifacial solar panels (which have photovoltaic cells with two sides, instead of just one, to absorb solar energy), 9,000 trackers, and 122 inverters, Sol do Sertao is installed in an area of more than 1,000 hectares, equivalent to more than 1,000 soccer fields.

The Sol do Sertao plant was the largest project finance structured by Brazil's development bank, BNDES, for a solar project up to its signing in October 2020, of R$ 910 million ( $167 million ). The efficiency in the construction period was another differential of the project, with more than 1,600 workers in the site at its peak: even having begun in March 2020, coinciding with the outbreak of the pandemic, it was built on schedule and was completed in just 19 months.

"Essentia Energia is one of the many examples of Patria's differentiated investments and the beginning of Sol do Sertao's operations reinforces our commitment to focus on key infrastructure segments, which have a significant positive impact on people's lives and are connected to the demands of society, with due care for socio-environmental aspects. By developing renewable generation assets and supplying clean, sustainable energy, we have also strengthened our position in the renewable energy sector, a strategic area for Patria, which we have been investing in for more than 15 years and which will certainly continue to be the most relevant in the expansion of the generation matrix in LatAm," says Marcelo Souza, a partner at Patria and Chairman of the Board of Directors at Essentia.

"The beginning of Sol do Sertao's operations is an important milestone for Essentia. This is a large-scale project that was started and finished during the pandemic, proving the company's execution capacity. Essentia also has a wind power project with a capacity of 465 MW, the Ventos de Sao Vitor Wind Farm, being built in Xique-Xique, in Bahia State , which is expected to be completed in the fourth quarter of 2022. We are also developing a robust pipeline of wind and solar projects, reinforcing our objective to increase our presence in the renewable generation sector," says Leonardo Serpa, CEO of Essentia Energia.