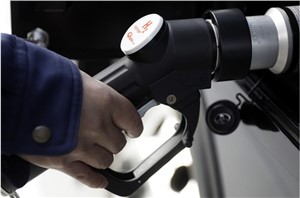 Membership is extended to organizations that have current, proven hydrogen-related operations. By doing so, the Alliance remains specifically focused at collaboratively driving adoption of hydrogen-powered vehicles and the broadening of the hydrogen economy ecosystem, through strategic partnerships and a united industry approach.

"By expanding to include Iljin Hysolus, the Alliance strengthens its current ability to deploy hydrogen-powered vehicles as well as its future outlook, thanks to the Iljin Hysolus' constant pace of innovation,'' said Craig Knight, CEO of Hyzon Motors. "Iljin Hysolus' participation provides further proof of the importance of the Alliance as a platform for collaboration, development and – importantly – action."

Iljin Hysolus brings extensive expertise manufacturing hydrogen storage tanks and modules, a critical component in successfully and safely deploying fuel cell electric vehicles and hydrogen stations.  The company is South Korea's only mass-producer of hydrogen tube trailers, and is widely known as the exclusive supplier of hydrogen tubes for Hyundai Motor's leading hydrogen passenger vehicle, the Nexo.  Iljin Hysolus recently entered the hydrogen storage systems market by receiving global accreditation for its Type 4 hydrogen tube trailers, and successfully completed its Initial Public Offering in Seoul on September 1, 2021.  In addition to its reputation for product quality and reliability, the company's commitment to research and development has put it at the vanguard of the hydrogen market since its founding in 1999. For the Alliance, this increases the speed with which commercially-viable hydrogen mobility solutions may be introduced globally.

"Our vision is with the wonderful partners who pioneer innovation in the hydrogen economy," said Dr. Hong Sang Ahn, CEO of Iljin Hysolus. "We will contribute our expertise in hydrogen storage solutions to the Alliance in order to lift its aspirations."

As a uniquely demand-led initiative, the Hyzon Zero Carbon Alliance aims to capitalize on its direct access to fleet operators worldwide to create hydrogen ecosystems in parallel with vehicle deployments. Fleet deals between members, including Hyzon and TotalEnergies, as well as Hyzon and Ark Energy, are examples of the real hydrogen mobility cross-ecosystem deployments that the Alliance is focused on enabling.

"In six months, the Hyzon Zero Carbon Alliance has made significant progress toward its goals of putting zero-emissions, hydrogen-powered trucks on the road," said Daniel Kim, CEO of Ark Energy. "The addition of Iljin Hysolus will allow us to move even faster, and we are pleased to develop a global hydrogen value chain alongside them."

By aligning the supply and demand side of the sector, the Alliance is designed to overcome some of the biggest hurdles faced by the hydrogen industry to date, making zero-emission fleet operations a reality in the very near term.