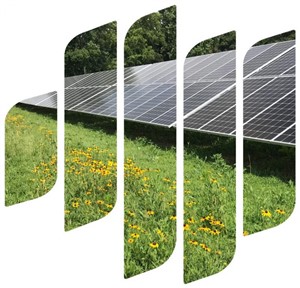 Vesper Energy  ("Vesper" or "the Company"), a leading developer, owner, and operator of utility-scale renewable energy assets announced that Pfizer  – one of the world's premier biopharmaceutical companies – has entered into a virtual power purchase agreement (VPPA) with the Company. Under the 15-year agreement, Vesper will deliver at least 310 MW of renewable energy to the grid, effectively powering 100 percent of the projected power needs of Pfizer's North American operations through clean solar energy.

"We are proud to partner with Pfizer as it takes a major step in reducing the carbon footprint of its North American operations and reaching carbon neutrality," said Vesper Energy CEO Craig Carson. "Vesper's Hornet Solar project is a strong example of how we put high-quality renewable infrastructure to work to solve our customers' energy challenges, while making meaningful contributions to the greater sustainability movement."

The solar energy will be generated from Vesper's 500MW Hornet Solar project in west Texas, which will be fully operational by the end of 2023.

"At Pfizer, we apply science to the world's greatest health challenges, and that commitment extends to confronting climate change, which has profound societal and public health impacts," said Bill Carapezzi, Executive Vice President, Global Business Services and Transformation at Pfizer. "We are delighted to enter into this virtual power purchase agreement, which is a significant step towards reaching our 2030 goal to purchase 100% renewable energy."