Adani Green Energy Completes the Acquisition of the 5 GW Ren 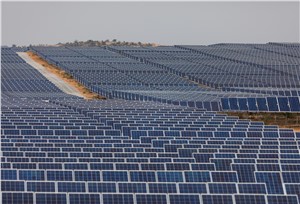 Following the completion of Adani Green Energy’s (AGEL) acquisition of 100% interest in SB Energy India from SoftBank Group Corp (“SBG”) (80%) and Bharti Group (20%) announced on 19th May 2021, TotalEnergies, which holds a 20% interest in AGEL adds a net capacity of ~1.4 GWp1 of projects in operation and under construction to its renewable portfolio.

SB Energy India has a total renewable portfolio of 5 GWac2 spread across four states in India. It consists of utility-scale farms of which 84% solar capacity (4,180 MWac), 9% wind-solar hybrid capacity (450 MW) and 7% wind capacity (324 MW) with 1,700 MW in operation and a further 2,554 MW under construction and 700MW near construction3. All projects have 25-year PPAs with sovereign rated counterparties such as Solar Energy Corporation of India Ltd. (SECI), NTPC Limited and NHPC Limited.

“We would like to congratulate AGEL’s management for closing this major transaction, which is reinforcing its leadership position in India and its capacity to contribute actively to the country’s sustainable development, an objective that TotalEnergies shares with Adani Group”, said Patrick Pouyanné, Chairman and CEO of TotalEnergies. “This transaction and our partnership with AGEL are key contributors to the Company’s objective of reaching 35 GW of gross production capacity from renewable sources by 2025 and to be among the world’s top 5 in renewable energies by 2030.”