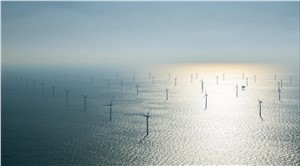 A consortium of TotalEnergies, Macquarie’s Green Investment Group and Scottish developer RIDG has announced their bid for an offshore wind project in an area west of the Orkney Islands. The two-gigawatt proposal – named the West of Orkney Windfarm – has the potential to power more than two million homes and is currently being assessed by the Crown Estate Scotland as part of the ScotWind leasing round.

The bid is the culmination of five years of engagement between the consortium and stakeholders in Caithness and Orkney, which includes Memorandums of Understanding with Orkney Harbour Authority and Scrabster Harbour Trust to enhance port infrastructure and position the area competitively to support offshore wind projects in the future.

An exclusive Memorandum of Understanding has also been signed with the European Marine Energy Centre on Orkney (EMEC), formalising a long-standing relationship in technical innovation and environmental data collection, building on EMEC’s unique marine energy research and development facilities and expertise.

“Scotland has been a pioneer in the deployment of renewable electricity – and now, through projects to be delivered via ScotWind, we believe it could play a role in showcasing a deep and economy wide energy transition. By working with local partners, we can ensure that we create sustainable, long-term jobs in Caithness and Orkney as part of this transition to a net zero economy” said Edward Northam, Head of GIG Europe.

“TotalEnergies is delighted to participate in this tender alongside GIG and RIDG. We will provide our resources and expertise in offshore operations and maintenance to ensure the success of this project in close collaboration with the local community and industry which we aim to strengthen. Our participation in the tender is an illustration of our commitment to support Scotland in its energy transition towards its Net Zero target by 2045. If awarded, this project will contribute to our goal of reaching 100 GW of renewable generation capacity by 2030.” said Julien Pouget, Senior Vice President Renewables at TotalEnergies.

“RIDG first put the West of Orkney Windfarm on the map back in 2016; since then, we’ve been working closely with local stakeholders to ensure any project we bring forward delivers for the local economy. We were therefore delighted to submit our bid as part of a consortium designed specifically around this location, and particularly excited to do this with the support of so many local businesses, who will be vital for successful project delivery” said Mike Hay, Director of Scottish developer RIDG.

The consortium has undertaken extensive site investigations, including birds, marine mammals and near-shore geophysical surveys, and has finalised a grid connection agreement with National Grid that will enable the project to commence generation in 2029.