Kokam Battery to Act As "virtual Synchronous Generator" in Tahiti, Edge Out Diesel 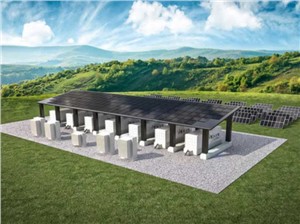 Cutting edge battery storage technology designed to provide crucial grid balancing services that are traditionally the preserve of fossil fuel power plants will be showcased in Tahiti, in a project that promises to slash the the French Polynesian island’s consumption of expensive and dirty imported diesel fuel.

The state-of-the-art BESS, or VSG, will offset EDT’s existing spinning reserve diesel generators, allowing the use of a greater proportion of renewable energy, and slashing diesel usage to the tune of around €1.25 million ($A2.2m) a year.

The companies said in a statement on Monday that the VSG was also expected to strengthen the stability of the local grid, and to increase energy savings in the form of reduced generator maintenance costs and the extension of generator operational lifespan.

Tahiti currently gets around 37 per cent of its electricity supply from renewables, the vast majority of which comes from hydro-electric stations (30.2% of the total energy mix in 2020) and from solar PV (6.3 % in 2020). For the rest it remains heavily dependent on imported fossil fuels.

The island does, however, have a goal of reaching a renewables share of 75 per cent by 2030 for its electricity supply and EDT, which operates a public utility in Tahiti and in another 19 islands of French Polynesia, is in a good position to lead in the space with the backing and experience of French parent, Engie

“Through the VSG technology, EDT acts on its desire to decarbonise electricity production and contributes to the shift to carbon neutrality in French Polynesia,” said the utility’s CEO, François-Xavier de Froment.

Kokam, meanwhile, is becoming a leader in the delivery of these VSGs, or VSMs (virtual synchronous machines), including in Australia, where they are most commonly popping as solutions for renewable microgrids being developed to power remote mining operations.

As RenewEconomy has reported, Kokam technology was used for the 35MW/11MWh battery attached to the Newman gas fired generator in the Pilbara region of West Australia, which has been delivering handsome returns for its owner, energy utility Alinta.

In an interview with RenewEconomy’s Energy Insiders podcast, Alinta Energy chief executive Jeff Dimery says the “rough payback of 4.5 years, which he says in an excellent payback for this type of asset.

More than that, it has also delivered increased reliability and security for the Newman power station’s major customers, such as the Roy Hill iron ore mine owned by Gina Rinehart.

But the use of battery energy storage systems for vital grid services such as these won’t be limited to smaller microgrid applications.

According to global electric vehicle and battery storage giant Tesla, there is no need, at all, for synchronous assets such as coal and gas generators in a zero emissions grid.

“Battery storage paired with renewables is capable of providing all reliability and grid security services needed for an affordable, flexible, zero emissions electricity system,” Tesla Energy wrote in a submission to Australia’s Energy Security Board in June. “The technology is already proven and out-competes traditional synchronous alternatives.”

Ike Hong, the chief marketing officer of Kokam – itself a subsidiary of global inverter giant SolarEdge – said on Monday that the Tahiti BESS offered another example of the growing variety of roles battery storage can play on decarbonising grids.

Tell a friend:
Kokam Battery to Act As "virtual Synchronous Generator" in Tahiti, Edge Out Diesel