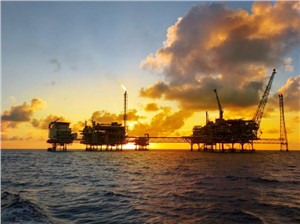 It is touted as a “clean” technology, but so-called “blue” hydrogen produced from gas – even with carbon capture – is significantly worse for the climate than burning coal or gas directly, a new study by Cornell and Stanford researchers has found.

Cornell’s Robert Howarth and Stanford’s Mark Jacobson asked the question, “how green is blue hydrogen?” in their peer-reviewed paper, the first to examine the total or ‘lifecycle’ greenhouse gas emissions from blue hydrogen.

The answer? “We see no way that blue hydrogen can be considered ‘green’,” the researchers concluded.

Emissions associated with producing blue hydrogen from gas were actually greater than emissions from burning gas or coal directly, the paper found. This was because of the significant extra energy required for processes to produce hydrogen and power carbon capture and storage.

The hydrogen industry is a significant source of climate pollution globally, responsible for around 830 million tonnes of carbon dioxide every year, equivalent to the annual emissions from the United Kingdom and Indonesia combined, according to the International Energy Agency.

That’s because nearly all hydrogen produced and used today comes from fossil fuels, and is classed as either ‘grey’ (from gas) or ‘brown’ (from coal).

‘Blue’ hydrogen involves producing hydrogen from coal or gas with the addition of carbon capture and storage. ‘Green’ hydrogen is produced using a process called electrolysis powered by renewable energy.

“Blue hydrogen sounds good, sounds modern and sounds like a path to our energy future. It is not”, he said.

In Australia, blue hydrogen is pushed as clean technology solution by both the gas industry and the federal government.

Damian Dywer, deputy chief executive of oil and gas industry association APPEA, has described hydrogen as “an immense opportunity for Australia to fast-track its transition to a lower carbon economy”.

The gas industry is promoting the widespread use of hydrogen in electricity storage, gas pipelines and transport, allthough experts argue in most cases, other solutions like batteries, efficient electric appliances and electric vehicles are cheaper and better.

However, Howarth and Jacobson’s paper states “no data has been presented” to support industry claims that blue carbon is low emissions.

Their paper found even when compared to grey hydrogen (without CCS), the emissions benefit of blue hydrogen was small, with cuts ranging between 9 and 12 percent.

The paper published in Energy Science & Engineering reveals that as of 2021, there were  two commercial-scale blue hydrogen facilities worldwide; one operated by Shell in Alberta, Canada and one by Air Products in Texas, United States.

Green hydrogen produced using renewable electricity such as hydro, wind and solar power is expected to play a role in reducing global emissions, and is the subject of most of the multi-gigawatt scale projects put forward in Australia and overseas.

The biggest project proposal to date is a 50GW wind and solar green hydrogen project north of Esperance in Western Australia, put forward by CWP and Intercontinental, who also have a 26GW project in the Pilbara.

The Western Australia government wants green hydrogen to expand rapidly to replace the LNG industry, with exports likely to delivered in the form of green ammonia as the most suitable transportable fuel.

Iron ore billionaire Andrew Forrest has also outlined ambitious plans for more than 100GW of green hydrogen, but his first projects in Australia will likely exploit “blue hydrogen. Uses for green hydrogen include as a means to store and export renewable energy and in the production of green steel.

“The best hydrogen, the green hydrogen derived from electrolysis – if used wisely and efficiently – can be that path to a sustainable future,” Howarth says. “Blue hydrogen is totally different.”