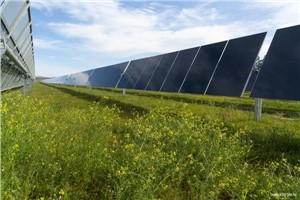 First Solar, Inc. (Nasdaq: FSLR) today announced a commitment to reduce its absolute Scope 1 and Scope 2 greenhouse gas (GHG) emissions by 20 percent by 2028, relative to its emissions in 2020. It has also committed to achieving net zero emissions by 2050 at the latest.

The science-based targets further the company’s previous 2021 GHG intensity reduction target, which was achieved three years in advance of its commitment. These new targets are in line with international efforts to limit the global temperature rise to below two degrees Celsius and pursuing efforts to limit it to 1.5 degrees Celsius above pre-industrial levels. Scope 1 accounts for direct GHG emissions from company-owned and controlled resources, while Scope 2 accounts for indirect GHG emissions from the generation of purchased electricity consumed by the company.

“As this week’s report from the Intergovernmental Panel on Climate Change showed, we need to treat the threat of climate change with a sense of urgency and do more than simply our part to accelerate the transition to a net-zero economy,” said Mark Widmar, chief executive officer, First Solar. “The solar industry is on the forefront of the fight against climate change and has a responsibility to lead by example. While First Solar’s technology addresses the need to decarbonize the global energy portfolio with ultra-low carbon solar, today, we’re stepping up and pledging to reduce our already-low emissions to zero by 2050.”

First Solar aims to achieve its science-based targets through increased energy efficiency, going 100% renewable across its US operations by 2026 and globally by 2028, working on enabling the offsite solar market in Malaysia and Vietnam, and purchasing bundled RECs and offsets as a last resort, as outlined in its recently published 2021 Sustainability Report. The report was developed in accordance with the Global Reporting Initiative’s (GRI) Core Sustainability Reporting Standards and incorporates metrics from the Sustainability Accounting Standards Board (SASB) solar, as referenced in the sustainability leadership standard for PV modules and inverters (NSF/ANSI 457 – 2019).