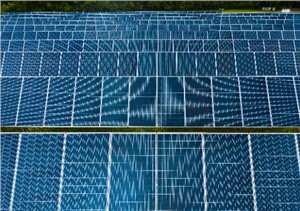 AEP Energy, a subsidiary of American Electric Power (Nasdaq: AEP) and one of the largest electric energy wholesale suppliers in the U.S., and Doral Renewables LLC (formerly named, Global Energy Generation LLC) (now d/b/a/ Doral LLC), a leading developer of renewable energy projects, primarily in the Midwest and Mid-Atlantic regions, announced today that they have signed an additional long-term renewable energy purchase agreement for the second phase of the Mammoth solar project in Indiana.

This agreement follows the long-term renewable energy purchase agreement previously executed between the parties in April 2021 for the first phase of the Mammoth Solar project which covered 480-megawatt direct current (MWdc).

Mammoth Solar II is expected to begin construction during 2022 and reach commercial operation in 2024.

“AEP Energy is focused on delivering innovative energy solutions and continues to expand our portfolio of renewable energy resources to power possibilities for our customers. We look forward to our ongoing collaboration with Doral LLC on this project as we build a cleaner, more sustainable energy future together,” said Greg Hall, executive vice president, Energy Supply, AEP.

“We are proud to have such strong community and government support to make this project a reality.  The economic impact through jobs, vendor contracts and taxes will work to revitalize the area.  Pulaski County is utilizing its competitive advantage of being at the intersection of two electrical grid systems and having flat farmland as far as the eye can see.  Instead of buying power from farmers in other states, Indiana and its farmers, through projects like Mammoth, have a real opportunity to be energy independent and even export power to neighboring states.  Indiana is taking the lead as a true economic powerhouse,” said Nick Cohen, President & CEO, Doral LLC.

"Doral LLC is once again demonstrating its continued effort to become a prominent utility scale developer in the region," said Yaki Noyman, Chief Executive Officer of Doral Renewable Energy Resources Group. "We are proud to partner again with AEP Energy and continue the development of this monumental project. We are confident that Doral LLC shall secure additional power purchase agreements in the near future to fully commercialize the entire Mammoth project."