NSW calls for 8,000MW of Wind, Solar and Storage Proposals for New England 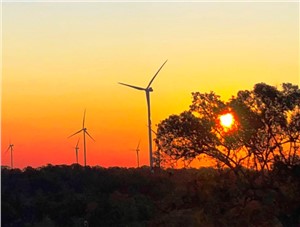 Federal National Party MP for New England Barnaby Joyce might need a new shovel: the state Liberal government has just kicked off a tender for up to 8,000MW of new wind, solar and storage capacity in the New England region, in the largest market sounding of its type in Australia.

NSW energy and environment minister Matt Kean, who has masterminded the state’s shift from ageing coal generators to a modern renewables grid, on Thursday opened up registrations of interest for the New England Renewable Energy Zone, which will be the largest in the country.

“The New England REZ is a fundamental part of our Electricity Infrastructure Roadmap and we expect it will deliver up to 8,000 megawatts of new capacity, $10.7 billion in private investment, around 830 operational jobs and 1250 construction jobs to the local economy,” Kean said in a statement.

“Now is the time for all energy infrastructure proponents to register their interest as we take the first vital steps to deliver the New England Renewable Energy Zone.”

If last year’s ROI for the Central West renewable energy zone is any guide, then the response should be overwhelming. The state government was looking for around 3,000MW of capacity for the central west, but was swamped by more than 27,000MW of proposals.

A similar over-supply might be expected in New England, given the large number of projects already in the pipeline and seeking planning approvals, including the massive Walcha project put forward by Energy Estate and various partners.

RenewEconomy understands that more than 7,000MW of projects in the New England region have already submitted planning approvals to the various authorities.

As this map above indicates, there are plenty of projects jockeying for position on the grid and for contracts and for finance. The feedback in the ROI will help the state government finalise the design of the REZ and were key infrastructure will be built.

The NSW government plans five different renewable energy zones in the state to support the massive number of wind, solar and storage projects it will need to replace coal generators as they exit the grid over the next decade or two.

However, the industry warns that fact that these zones will be largely “centrally controlled” also means that financial approvals for projects that might be otherwise ready to go are being held back until the developers and their backers understand the details, scope and timing of the REZ plan.

Kean says the NSW Government has committed $78.9 million to support the development of the New England REZ, and while wind and solar skeptic Joyce might not be enthused, Adam Marshall, the state National Party member for the Northern Tablelands which forms part of New England, is enthused.

“The ROI will help ensure the design and delivery of the REZ reflects the unique features of our region, and protects our precious local assets, such as our highly productive agricultural land,” Marshall said in a statement.

The REZ plan is expected to deliver $32 billion in private investment, 6,300 construction and 2,800 ongoing jobs, mostly in regional NSW.

Tell a friend:
NSW calls for 8,000MW of Wind, Solar and Storage Proposals for New England