We Will Need More Wind Than Solar for 100 Pct Renewables, and Lots of Storage 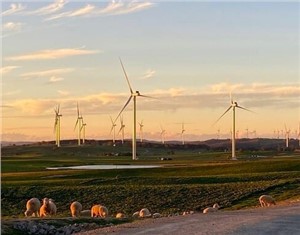 This note builds on previous work looking at the seasonality issues of high (> 90% share of total electricity energy produced)  wind and solar penetration in Australia.

We are more pessimistic than the likes of Andrew Blakers and the ANU team, partly because ITK’s model is based on scaling up actual output as compared to using wind speed data over the entire National Electricity Market (NEM).

By building a system that over-produces wind and solar relative to demand in the past 12 months, and by employing about 15GW of 4-hour batteries we find that well less than 10TWh of “backup” energy is required.

In our spreadsheet model the longest duration that the backup is needed for is 12 hours. However, the size of the backup in power terms is about 41GW.

So a lot of power is needed over and above the batteries, but for relatively short duration. Indeed the vast majority of the time it’s needed only for a couple of hours. Also, in our system there is something like 40TWh of spilled energy which could of course go to making hydrogen and replace gas altogether.

Even when total wind and solar output over an entire 12 months is equal to 120% of demand we find that as much as 650GWh of storage would have been needed during 1 week in July if there is no gas or equivalent form of firming power.

That 650GWh is the excess of demand over wind and solar production during that week. That’s about 162GW/4 hr storage which is clearly implausible.

It’s not just the energy but actually the implied power (our model does not measure power directly), which is in the order of 40GW above what the VRE sources are providing.

For instance, there can be less spilled energy at the expense of more gas generation, more batteries reduce the quantity of gas generation but not its capacity requirement.

It’s worth noting here without further comment that Blakers and the ANU team who modelled using wind data over the entire NEM rather than actual wind output found that less firming capacity and storage was needed for 100% renewables and no gas or other long duration storage.

And nor do we allow for offshore wind, which although much more expensive than onshore, is apparently much better correlated with demand and also less correlated with onshore wind and so could still end up cheaper to the system by reducing storage investment.

In general our modelling is just a way of providing some perspective on some key questions.

Note that in ITK’s usual jumbled fashion, the VRE (variable renewable energy) costs are the additional costs of new supply, but the battery and gas costs are the total costs. In fact there is already about 40 GW of gas installed across the NEM and the question is how much is suitable for this firming role.

We don’t account for any transmission, round trip efficiency, line losses etc.

Total cost is not an NPV (net present value) as it assumes all the capacity was installed overnight at something like today’s cost. The annual operating costs very crudely calculated are multiplied by 15 to give some kind of approximation to NPV, but are still small relative to capital.

We assumed a carbon price roughly equal to the European price, a number that would no doubt cause Queensland nationals to attempt a coup d’etat if ever adopted in Australia. When it comes to carbon, Queensland Nationals are firmly on the side of China and very anti-European.

Originally, there was some idea of  using a linear program or more specifically the Excel “Solver” to optimize the solution.

However, in practice it’s been easier to just play around with a few variables by hand. That is the ratio of the wind and solar, the quantity of spilled energy, and the quantity of batteries.

As well as the total system cost, we have had an eye on the total of gas generation and carbon emissions. The purpose of this analysis was not to find “the” solution but to understand a bit about what was possible and the various tradeoffs.

Some of the many significant limitations of this model are that it doesn’t allow for demand growth, and indeed only uses the actual data from one fairly unusual year, albeit the very recent 12 months ended May 10, 2021.

Demand growth is likely to increase the demand for firming power. Equally, the actual wind and solar production from the past 12 months, half hour by half hour are used and these will be different in other years. All of this could be overcome if we had more time to spend.

The model also lacks information on wind speed data that could optimize total wind output in a way that various other studies have done. And, it should be noted, we did not consider other assets like demand management.

Tell a friend:
We Will Need More Wind Than Solar for 100 Pct Renewables, and Lots of Storage