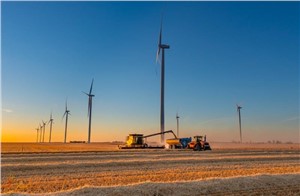 Telecommunications giant Telstra is gearing up to launch what could be a major challenge to Australia’s incumbent energy utilities, submitting applications to regulators for approval to sell gas and electricity as early as late June.

Telstra has been working up to this moment for several years, ever since it poached Powershop CEO Ben Burge to lead a new energy division, and analysts have speculated it could have $20 billion to spend if it is really serious about the new venture.

The telco has already pledge to cut emissions from its own operations to zero, and the only complication to its offering zero emissions energy to its customers appears to be the fact that it is also asking for a licence to sell gas to households as well as green electricity.

In its application lodged with the Australian Energy Regulator, the new entity, Telstra Energy, makes clear that it will offer its energy retail services to its phone and internet services to households, leveraging its dominant position in the communications space where it has some 13 million accounts.

Telstra has lodged a similar application to the Victorian Essential Services Commission, telling the state regulator that its initial target will be households and small businesses consuming up to 40MWh a year, but could expand its offerings to bigger businesses in cities and regions.

The convergence between telcos and utilities has been predicted for some time, and is now being made easier by the massive growth in “behind the meter” technologies such as rooftop solar, battery storage, demand management, and electric vehicles.

It no longer matters that a big retailer needs to have big generators. The key is in customer relations and “aggregation”, and Telstra has already locked in contracts with at least two wind farms to on sell green power to customers.

The big utilities have seen the telcos – along with other potential “aggregators and competitors such as Goolge, Amazon and Tesla – coming, and are now moving into the telecommunications space themselves as they try to figure out what the new business landscape will look like.

Burge last year made it clear that Telstra was looking at expanding into the energy space, saying that it would first need to be predicated on providing sustainable offerings to its customers, such as carbon neutral energy. It announced last year that it had been certified as a carbon neutral business.

Telstra already operates within the National Electricity Market as a generator, and manages the sale of electricity generated by the Murra Warra Wind Farm in Victoria and the Emerald Solar Park in Queensland, and has a huge portfolio of batteries and diesel generators providing back up power for its towers.

Telstra did not respond to requests for further comment, and most of the juicy details about its business plan were not published by the regulators as they are “commercial in confidence”.