Could Biomass Become a Renewable Peaking Fuel? This Man is C

Could Biomass Become a Renewable Peaking Fuel? This Man is Counting on It 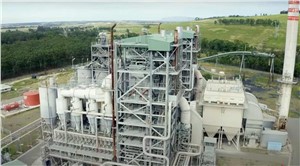 Energy start-up Verdant Earth Technologies says it has figured out a way of using baseload power from biomass to help firm the grid – and the answer is to spend much of the time off-grid manufacturing hydrogen.

The company is in the process of retrofitting the decommissioned Redbank coal plant in the Hunter region of New South Wales to turn it into a biomass plant, mostly burning waste from the timber industry. At times of low energy demand, it plans to use this plant to power its own on-site electrolyser to make hydrogen.

But when demand peaks and prices become attractive, Verdant’s chief executive Richard Poole says the plan is to quickly divert electricity into the grid. This potentially solves the problem facing the big coal generators: much of the time cheap renewables are simply pricing them out of the market.

Like coal, biomass – which can be any organic material but most often refers to wood pellets – lends itself to baseload generation because it takes a long time to heat up and cool down.

Renewables-dominated grids need to be firmed up by instantly dispatchable energy. That largely rules out the lumbering old coal giants of the fossil fuel era, which can’t turn on or off quickly. Biomass may be renewable (with some caveats), but in this regard it is just like coal.

But Poole says the promise of a booming global green hydrogen market would make the difference, giving small baseload power generators like Redbank something productive to do when grid demand is low.

“By having an integrated facility like what we want to do, we produce hydrogen and we actually are also capable of dispatching to the grid,” he says.

“The obvious time we dispatch to the grid is when there’s a shortage of supply and prices going up. So between 6 and 8 at night, we’re going to say, ‘Hey, you know what, we’re going to turn off our electrolyser, because we can make more dollars supporting the grid.'”

This, he says, will make the plant “effectively a peaker”.

The Redbank plant is located in Warkworth in the Hunter Valley, 50 kilometres up the road from the proposed site of Angus Taylor’s controversial Kurri Kurri gas plant – which Verdant may one day compete with as a source of grid firming.

Poole is already talking to Port of Newcastle about the potential to ship the hydrogen it makes at the plant from the port.

He is also in talks with Darwin Port about the possibility of locating a second biomass-powered hydrogen production plant in the Northern Territory, and shipping the hydrogen overseas from Darwin.

The Redbank plant will have a capacity of around 150 megawatts, but Poole believes there is potential to build a total of 1 or 2 gigawatts worth of biomass capacity around the country – each of similar size to Redbank, and each located near a hydrogen hub.
Is biomass renewable?

Biomass is a strange kind of renewable energy. At face value its PR pitch is not great: it emits carbon dioxide, and involves cutting down forests. The fear is it can remove carbon sinks, destroy biodiversity and release more CO2 into the atmosphere.

But the science is clear that, if done sustainably, biomass is renewable. Unlike fossil hydrocarbons which have been buried under ground for millions of years, the carbon dioxide biomass emits is already part of the natural carbon cycle. So as long as the trees are replaced, the overall carbon content of the atmosphere and biosphere remain in equilibrium.

“So the argument that people chopped down trees take 20 or 40 or 100 years to replace is just absolutely a mistake.”

He claims the timber industry uses only a third of the biomass it fells, either burning the rest or leaving it to rot – in both cases resulting in CO2 emissions. By using it for electricity, the emissions are the same, but the carbon is put to use. This, he says, is an example of an efficient circular economy.

Poole also hopes to use wooden waste such as old furniture, though at the moment this is not allowed. But would this also count as renewable, given there is no guarantee the wood from furniture was sustainably sourced?

According to Professor Stefan Arndt, a carbon cycle expert at the University of Melbourne’s School of Forest and Ecosystem Science, as long as the furniture or waste was otherwise going to a landfill – where it would decompose and either emit CO2 or methane – there is no obvious reason not to use it as bioenergy.

“In older type furniture, you might have some toxicity, but in general I don’t think there is much of an issue with reusing wood products in this way,” he says. “At some point the organic product will be turned back into CO2 so we can [at least] get some use out of it.”

However, he says biomass plants are extremely expensive compared to other forms of energy, and there is also the issue of dealing with particulate matter that biomass produces – which can cause serious pollution, though it doesn’t add to climate change.

Poole insists he has solved that problem, and also seems to think he is onto a winning financial formula – so much so, he is planning to float the company on the NASDAQ imminently. But however promising, the green hydrogen market is currently booming only in the daydreams of its converts. Poole’s ambitions rely on those dreams becoming reality, and that would require some major industrial and technological shifts.

Tell a friend:
Could Biomass Become a Renewable Peaking Fuel? This Man is Counting on It