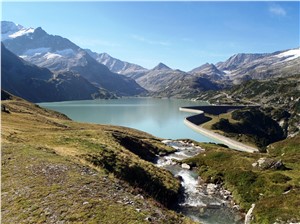 GE Renewable Energy (GE) announced today that it has been selected by the Austrian National Railway Operator, ÖBB, to supply and commission two 85 MW variable speed pumped storage turbines for the new Tauernmoos Pumped Hydro Storage Power Plant located in the Stubachtal Valley/Austria. As part of the project, GE Renewable Energy will be responsible for the design, engineering, model testing, manufacturing, supply, erection supervision and the commissioning of the two 85 MW variable speed pumped storage turbines and generators. A special feature of the project is that GE is thus the only OEM to cover the entire scope of delivery of the machine sets. In addition, the company’s scope also includes power transformers and power frequency converters as well as part of the balance of plant.

Tauernmoos will be the first new build Pumped Hydro Storage facility worldwide featuring fully-fed variable speed technology. The power plant will be designed for high flexibility and short response times to load changes. Unlike conventional fixed speed units, the variable speed operation allows for very quick starts and stops as well as fast transitions between turbine and pump operation. Among the most adaptable production systems, variable speed hydro storage units can store great quantities of immediately available electricity, giving the network greater flexibility, predictability and efficiency. For a unit, variable speed can increase weighted efficiency in turbine mode by an average of 1% and pumping power adjustment range by 30%. Thanks to the variable speed technology, Tauernmoos is going to be one of the most flexible pumped hydro storage plants globally.