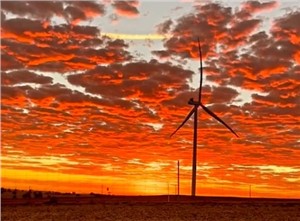 The two companies will aim to complete a scoping study for the project and potentially sign ‘definitive agreements’ to cooperate on the project.

Province managing director David Frances said the project would benefit from recent momentum on the development of an Australian hydrogen export industry.

“Given the recent drive by state and federal governments to quickly develop and advance the green hydrogen industry in Australia, I am confident this project will be of strategic national importance,” Frances said.

“Province is excited to have a global renewable energy leader such as Total Eren as a partner with the technical and financial capability to help Province deliver this project as part of the backbone of the nation’s hydrogen strategy.”

The news sent Province shares 25 per cent higher during Monday trading and follows a February announcement that Province would acquire Ozexco, including its rights to develop the Gascoyne Project and the potential a renewable green hydrogen project.

The project would join proposals like the Asian Renewable Energy Hub, which is looking to amass as much as 28GW of renewable energy capacity in Western Australia to power the production and export of green hydrogen into the South-east Asian region.

Iron ore billionaire is also looking to produce massive amounts of green hydrogen, and potentially green steel, from large wind and solar farms in the Pilbara.

German technology company Siemens has also been involved in a plan to build up to 5,000MW of wind and solar capacity near Kalbarri in Western Australia, also intended to power the production of green hydrogen.

BP is looking to develop a major green ydrogen plant in the same region, and Pilot Energy is also looking at combining offshore wind and on-shore solar for a multi-gigawatt renewable hydrogen project.