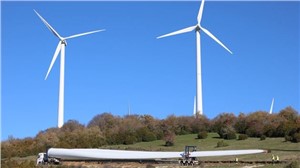 The contracts will see Siemens Gamesa provide turbines at two different sites to be installed in 2022. At the site of Grevekulla near Eksjö six SG 5.8-170 turbines will be installed, and at the site of Skåramåla near Växjö a further eight of these turbines, with one of the largest rotors in the industry at 170 meters, will be erected. The turbines will have a flexible rating with most at these sites operating at 6.2 MW. The nacelles will sit on 115-meter towers at both sites, giving them a tip height of 200 meters.

Siemens Gamesa has signed three contracts with European Energy in the country in under six months. Indeed, Sweden has recorded the fastest uptake of the Siemens Gamesa 5.X platform providing one of the most competitive Levelized Cost of Energy (LCoE) in the sector, with over 1 GW of sales. Globally the platform has now registered around 2.5 GW of sales, with particular interest in the Nordics, but also in Brazil, the UK and Germany.

“Our partnership with European Energy continues to flourish, and we are pleased to team up with them again at these two sites with this game-changing technology for the onshore market. We look forward to assuring both these sites operate to their maximum potential and for more opportunities to collaborate on future projects with European Energy,” said Clark MacFarlane, CEO of Siemens Gamesa’s Onshore Northern European operations.

For its part, Knud Erik Andersen, CEO at European Energy, said: “We are pleased to once again partner with Siemens Gamesa in delivering additional growth in renewable energy on the Swedish market by using some of the best and most efficient technology out there. Both sites in Sweden are covered by Power Purchase Agreements for a period of 10 years. The partnership with Siemens Gamesa strengthens our position as a driving force towards 100% renewable energy in Europe. Siemens Gamesa does not only provide great technical solutions but also knowledge, continuity and high market ambitions. We share the same visions and are looking forward to future joint actions.”

The last deal signed between the two companies was in December covering the installation of three wind farms in Poland.

European Energy was founded in 2004 and since that time has installed over 1.5 GW of wind and solar energy farms. It sells green energy to large corporations and provides institutional investors with long-term investment opportunities in renewable assets.