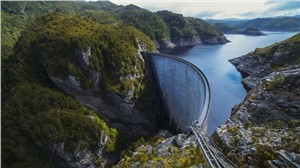 Australian states are continuing to do the heavy lifting when it comes to supporting investment in new renewable energy projects, with a new scorecard finding the Morrison government is doing little to support a clean energy transition and emerging green energy industries.

In a new ‘Renewable Superpower Scorecard’ published on Monday, environment group WWF Australia has ranked each of the Australian federal, state and territory governments on their progress towards shifting to a clean energy economy.

According to the scorecard, the States and Territories are clearly doing the heavy lifting, with the federal government ranking second last, behind only the Northern Territory, in their efforts to support a switch to renewable energy sources.

“The federal government should be the primary agents selling our renewable energy to the world, but our analysis shows the states are currently doing the heavy lifting,” WWF-Australia’s energy transition manager Nicky Ison said.

“Despite some positive programs, the focus and scale of action at the national level currently falls short of what is needed to give Australia the best chance of becoming a renewable superpower.”

WWF Australia said that Tasmania had continued to lead Australia in terms of renewables adoption, with the state recently declaring that it had officially reached 100 per cent supplies of renewable electricity with the completion of the Granville wind farm.

While the three most populated states, New South Wales, Victoria and Queensland, scored below Tasmania and South Australia for existing renewables uptake, all three scored strongly for their support for dedicated Renewable Energy Zones, which are expected to drive substantial new investment in wind, solar and storage.

“Australia is blessed with an abundance of renewable energy resources and we have a once-in-a-lifetime opportunity to harness this potential to create jobs and wealth for all Australians long into the future,” Ison said.

“With the right investments we can not only power Australia with renewables, but become a renewable superpower and sell surplus energy to the world in the form of liquid sunshine, expertise and solar-powered products and metals. There is exciting progress across the country and our scorecard shows some states can learn from others.”

While the scorecard ranked the Northern Territory last amongst jurisdictions for their clean energy efforts, the report noted that the territory faces a relatively unique challenge in its energy system that is distributed across a large area and serves a small population.

Commenting on the report, eminent economist and renewable energy investor Ross Garnaut said that it was crucial that governments worked to seize the opportunities being created through an ambitious clean energy transition.

“There is a chasm between a world that quickly breaks the link between modern economic growth and carbon emissions, and a world that fails to do so,” Garnaut said. “The side of the chasm we are now on is a dangerous place. The other side has immense opportunity for Australian prosperity. WWF in their Renewable Superpower Scorecard does us a great service in measuring our position against the chasm.”

Chief executive of the Smart Energy Council, John Grimes, echoed the sentiment, saying that there was a clear link between minimising the impacts of climate change and building a stronger future economy.

Ison said that WWF Australia was calling for the federal government to include measures to support the development of renewable energy industrial precincts in the next federal budget, due to be delivered in May.

“We have a window of opportunity to create substantial economic benefits for Australia. But we have to act with urgency or we risk being overtaken by other countries who are already outspending us and racing ahead,” Ison said.