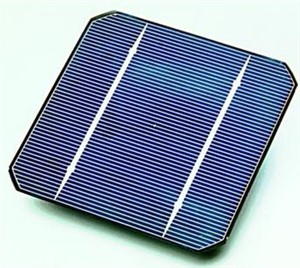 Sungrow, the global leading inverter solution supplier for renewables, will supply the SG3125HV central inverter solution for the implementation of the project Sol do Sertão Solar after an agreement with Essentia Energia, a new Renewable Energy firm created by Pátria Investimentos. The projects will be implemented in Oliveira dos Brejinhos, a city in Bahia that is about 600 km from the capital and will have a total capacity of 475 MWp once completed.

According to Gilberto Peixoto, director of implementation of the Sol do Sertão Complex, there are eight solar PV plants that is generating more than 4,000 job (directly and indirectly) creations throughout its works. Sungrow will provide 122 units of SG3125HV inverters, which comprise a set of 61 blocks, in addition to the commissioning and training service of the team's O&M. "We always look for suppliers that are market leaders, for first-tier solutions, and Sungrow was chosen for its proven technology and reference in the solar energy sector," said the executive.

The project is in a region where the thermal feeling can exceed 40ºC, while Sungrow SG3125HV can work without derating even temperature reaches 50ºC. The inverter is equipped with a smart forced air-cooling system that in addition to increasing the life of the equipment, ensures that it does not lose productivity even in the most extreme conditions. The product is compatible with bifacial modules and tracking systems, enabling higher yields. It is prefabricated with inputs for DC-coupled storage solutions which could be added at a later stage.

According to Rafael Ribeiro, Country Manager of Sungrow Brazil, the Company sees a lot of potential across the country and takes the first place in market share. "It is an honor to be part of Essentia Energia birth and support them in a utility-scale project of this size," said Rafael Ribeiro.  "We're also committed to powering more communities with standout residential and commercial products supplied to the Brazilian distribution market," he added.

The work on the Sol do Sertão Solar Complex is under construction and the complete commercial operation of the plant is scheduled for the second half of 2021.

Tell a friend:
Sungrow Supplies Inverters for the Sol do Sertao Solar Complex after Agreement with Essentia Energia