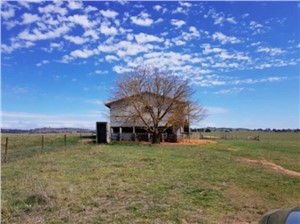 Plans for a $120 million, 100-megawatt solar farm in the NSW Southern Tablelands have been approved despite hundreds of complaints from locals that it would be an eyesore, clog up the roads, take up good agricultural land and damage the local biodiversity.

The project, run by renewables developer RES, will occupy 470 acres in the Yass Valley, seven kilometres from Sutton. Residents of Sutton made up the bulk of complainants.

The approval comes more than two-and-a-half years after the proposal first went up for community consultation in 2018.

The NSW Independent Planning Commission approved the project on Friday, saying on balance it was in the public interest. But it said the project would have to meet a number of conditions to address community concerns.

They include establishing a 60-hectare Golden Sun Moth conservation area, measures to protect the habitat of the Superb Parrot and the Legless Lizard, and meeting “setback and vegetation screening requirements to minimise visual impacts on nearby residents”.

The consultation received 231 submissions from individuals, the majority of which objected to the proposal.

“I believe this is class two agricultural land of superior quality and of limited supply within Australia. 47 per cent of Australia is made up of non-agricultural land, therefore it seems nonsensical to take up 850 acres of agricultural land for such facilities. This high quality land is worthy of protection and retention for agricultural purposes because of its state and regional importance,” wrote one local resident.

“I am horrified at the proposed level of traffic including heavy vehicles that will be filing past my front door at all hours of the day, six days a week starting very early in the morning. The noise of this traffic and the continual use of compression braking of the heavy vehicles will be unacceptable,” wrote another.

“The visual impact of an 850 acre solar farm will be significant to locals and visitors to the region. Screening of such a large site is impossible given the rolling nature of the surrounding terrain,” wrote one.

It was also opposed by local Traditional Owners who said it “failed to adequately acknowledge the Cultural Significance of the project’s area to our people”.

In its 30-page decision, the IPC answered these concerns in detail but concluded that the benefits outweighed the costs.

“The Commission finds that on balance … the impacts are acceptable and capable of being appropriately mitigated through the measures required under the conditions of consent imposed by the Commission. The Commission is of the view that the project is in the public interest,” the IPC said.