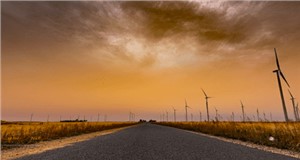 The Australian Energy Market Operator has reported record levels of new projects and megawatts of wind and solar coming into the main grid in the last year, and also reveals there are nearly 10 times as many projects queuing for a spot on the network.

In its latest “State of the Systems” report, a new publication designed to enhance visibility of the workings of the often contentious grid connection process, AEMO says that 12 new wind and solar generators with a total capacity of 1,560MW completed their commissioning in 2020, and are now in commercial operation.

But in a sign of the delays being experienced in some regions, it also notes that another 32 generators with a total capacity of 3,301MW had successfully completed the connections process and registered, meaning they were mechanically complete and compliant, but were yet to enter commercial operation. This was expected to occur in “coming weeks and months.”

And there is more to come. A further 15 projects with a total capacity of 3,004MW have successfully completed the first stage of the connection process and have now became “committed” projects, meaning they are being built now, or about to start construction, while another 342 proposed generators (with an unstated capacity) are currently in various stages of connecting and registering across all NEM regions.

“2020 was also another year of growth for generators interested in connecting within the NEM,” AEMO says in its note to stakeholders. “Despite the pandemic and the technical challenges in the transitioning network, the development of renewable generators continues to be strong.”

One of the problem areas for the grid operator has been in the West Murray region, a part of the network that takes in north-west Victoria and south west NSW, and which has been overwhelmed by the number of wind and solar projects, which AEMO has warned is too much for the existing infrastructure.

Five solar farms had to have their output cut in half while a solution was found in their inverters to “oscillation problems”, and fears of a lack of system strength led to months of delays in new connections and commissioning.

“We are continuing to make good progress with the assessment of committed projects,” it says. Two more solar farms – Glenrowan West and Cohuna – and one wind farm – Berrybank  – were integrated and registered, and it says there are another two projects in Victoria and one project in NSW to integrate and complete.

The highest profile victim of commissioning delays has been Australia’s biggest wind project, the 530MW Stockyard Hill wind farm in central Victoria, which completed construction last year but is still waiting for registration and to start the commissioning process.

It is understood the problems relate to risks of “oscillation” cited for many other projects, but neither AEMO nor project owner and developer Goldwind have commented.

AEMO has recently published its inaugural System Strength and Inertia Report, which considers the outlook for system strength and inertia in the NEM over the coming decade.

“Although for a ‘traditional operations’ projection these outcomes are not considered likely to occur within the planning horizon of five years, there is a strong risk this could occur earlier under a high renewable energy projection, both with and without considering the potential for flexible operation of synchronous generating units,” it says.

Various states have looked to address infrastructure issues, seeking to fast track or even circumvent the regulatory approvals process as they seek to build new links and create their own renewable energy zones.

It has also emerged that Victoria, which as commissioned its own big battery to boost the transfer limit on the main link to NSW, is to create a new structure called VicGrid, to help identify and deliver the infrastructure it needs to ensure new wind and solar projects are connected.

It appears that the Victoria government wants to supervise the connections of new wind and solar, a role currently done by AEMO.

“The precise scope and function of VicGrid is under development and we are seeking stakeholder feedback to shape this important new body,” Ms D’Ambrosio told the Generation 2.0 virtual summit on Wednesday, according to a report in the AFR.

It said a directions paper will be released in coming days will seek feedback on priority network investments to reduce existing constraints on the grid being suffered by wind and solar farms, and on medium-term investment opportunities to support the grid.

AEMO earlier this month announced the appointment of a UK-based Australian, Daniel Westerman, as its new CEO. The expert in renewable energy and transition will begin with AEMO in mid-May.