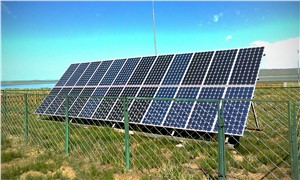 Canadian Solar Inc. (the "Company", or "Canadian Solar") (NASDAQ: CSIQ), one of the world's largest solar power companies, announced today the successful close of the Japan Green Infrastructure Fund ("JGIF" or the "Fund"). Canadian Solar will partner with Macquarie Advisory & Capital Solutions ("Macquarie"), the advisory and capital markets arm of the Macquarie Group (ASX: MQG). Macquarie is both the financial advisor and a minority investor in the Fund.

The Fund marks Canadian Solar's first platform entry into the private institutional capital pool. Together with Macquarie and other cornerstone investors, the Fund has secured JPY22 billion (US$208 million) of committed capital that will be used to develop, build and accumulate new solar projects in Japan. The Fund will further consider green bond placements and project finance loans as it expands its asset portfolio.

Dr. Shawn Qu, Chairman and CEO of Canadian Solar, commented, "We are pleased to partner with Macquarie and other long-term investors to launch this new development fund. JGIF's more dedicated capital pool will further boost our competitiveness in developing clean, sustainable and high-quality solar energy projects in Japan, leveraging our strong track record both as one of the largest solar developers in the country and as the sponsor of the Canadian Solar Infrastructure Fund. Meanwhile, we expect to deliver attractive and stable returns to our long-term capital partners, including insurance companies and asset managers, who are searching for yield and looking to deploy capital to advance the clean energy transition."

JGIF is managed as an approved 13X fund management company regulated under the Monetary Authority of Singapore (MAS). Canadian Solar and Macquarie will jointly serve as general partners of the Fund, with an economic stake of 67 per cent and 33 per cent, respectively. The Fund aims to catalyze large-scale investments within its six-year fund term and will sell to managed funds or on the secondary market to maximize value.

Dr. Qu added, "As previously communicated, we are in the process of planning similar localized capital partnerships in other parts of the world, including in Latin America and Europe, which will help us accelerate the expansion of our global project development platform."