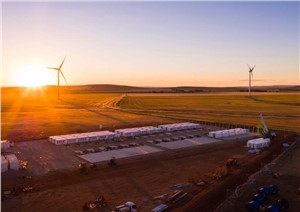 The South Australia government and Neoen have agreed to double the size of the reserve capacity made available by the Tesla big battery at Hornsdale to ensure that the Australian Energy Market Operator has the resources to deal with any unexpected incidents in the grid.

The Hornsdale Power Reserve, as it is officially known, signed a 10-year contract for a total of $40 million with the state government in 2017 to provide reserve capacity of 70MW and 29MWh for AEMO to deploy when needed, such as when the major link to Victoria failed.

That landmark agreement was key to helping Neoen deliver the first big battery on Australia’s main grid and what was – for nearly three years-  the biggest lithium-ion battery in the world.

Hornsdale was recently expanded from its original size of 100MW and 129MWh to 150MW and 194MWh, and is due to deliver new services to the grid.

And it seems that AEMO has seized that opportunity to secure extra capacity to deal with the potential shortfalls of inertia in the case of any more failures of the main transmission link, lifting the contracted reserve capacity to 130MW and 32.5MWh.

It is understood that the agreement is an interim measure while Electranet, the local transmission network, conducts a tender to source more fast frequency response services to address the inertia shortfalls identified by AEMO. Any dollar terms have not been released.

The inertia shortfall is likely to exist until a new link to South Australia is built – the $2.4 billion Project EnergyConnect – which is expected to alleviate system strength and inertia concerns. That new link is likely to be delivered by 2024/25, if approved by the energy regulators.

Neoen recently signed a deal with the Victorian state government for an even bigger battery to deliver more grid services to AEMO, this time allowing for the operating capacity of the main transmission link between Victoria and NSW to be expanded.

The contract for 250MW of capacity and 125MWh will attract a payment of $12.5 million a year and will pave the way for an even bigger battery – 300MW and 450MWh of storage to be built near Geelong. That project should be completed next year.