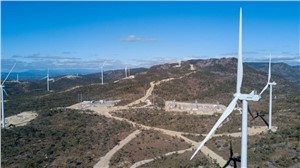 The Australian Energy Market Operator has warned of potential shortfalls of system strength across the main grid in coming years as the uptake of renewable energy accelerates and rooftop solar continues to eat into minimum demand levels.

In its inaugural 2020 System Strength and Inertia Report, AEMO stops short of declaring any new shortfalls, but says there are increasing indications that, “in the near future, projected system strength may be insufficient in Queensland, New South Wales, and Victoria”.

It says this probably will not occur in the current planning horizon of five years, but it could occur earlier under a high renewable energy projection and if thermal generators exit more quickly than planned. And, it also notes, there is a risk of system strength shortfalls in Tasmania by 2024, an inertia shortfall in Queensland and an extended inertia shortfall in South Australia.

The forecasts are significant for the market for a number of reasons: To wind and solar and other new projects that could face construction and connection delays and operating constraints; and it will also weigh heavily on the design of new market mechanisms as part of the rewrite of the market rules being led by the Energy Security Board.

So far, the industry and the regulators have been caught short by system strength shortfalls, with issues emerging in various parts of the grid after new wind and solar capacity has been approved and connected.

So far the response – with a few exceptions – has been largely ad hoc and reactive, with the controversial “do no harm” rules introduced a few years ago actually making the situation worse rather than better, according to the main network operators, who want major changes.

AEMO says its latest warnings are based on new modelling, and the big increase in committed wind and solar developments, which now total up to 4,074MW of new inverter based renewables, an increase of 1,138MW since July.

On top of this, rooftop solar installations continue at record levels, with minimum demand also hitting new lows in several regions – 270MW (operational demand, sent out) on November 7 in South Australia, 3,073MW on September 6 in Victoria, and 3,712MW in Queensland on September 27.

South Australia, which has the biggest share of wind and solar in Australia, and any large grid in the world, of around 60 per cent in the last 12 months, has been managing its system strength issues by requiring a minimum amount of gas generation at all times, and curtailing excess wind and solar.

This should change over the next year as four new synchronous condensers are progressively rolled out across the state’s grid, meaning that these syncons – which are spinning machines that do not burn fuel – can provide those key services instead of the gas generators.

Big batteries are also looking to provide system strength services, but it is not clear that this technology will be “proven” or delivered in sufficient quantity to fill up the shortfall in time. Some coal generators, such as Trevor St Baker’s Vales Point, ar arguing that they should get extra money to provide these services.

Transmission company PowerLink says changed inverter settings at the Mt Emerald wind farm (pictured above) has already alleviated system strength problems in north Queensland, which had affected that wind farm along with the Haughton and Sun Metals solar farms.

On Tuesday, Powerlink said it is now looking to do similar “inverter tuning” deals with four solar farms in the area – the Daydream, Hamilton, Hayman and Whitsunday Solar Farm.

“Powerlink has also been working with renewable generators and AEMO on changes to the settings of other relevant controllers,” it said, adding that its modelling indicates that these changes could significantly reduce the overall system strength requirement at Ross, where the current shortfall has been identified.

Still, there is a lot of work to be done. “Powerlink is currently conducting its due diligence and stress testing the setting changes under various scenarios in order to confirm with and obtain AEMO’s approval that utilising these solutions will address the longer term system strength shortfall requirement.”

As a result HPR will now contract 130MW and 32.5MWh of capacity to the South Australia government so it can be deployed by AEMO and ElectraNet during an slanging event. This is up from 70MW and 30MWh previously, and comes as the battery itself is expanded to 150MW and 194MWh from its original size of 100MW and 129MWh.

“In addition, the Energy Security Board (ESB) and the Australian Energy Market Commission (AEMC) are progressing major regulatory reforms which will affect future provision of system strength and inertia – the post-2025 NEM market design project, and the consideration of seven National Electricity Rules (NER) rule change requests relating to the provision of system services.

“Without advance market signals to incentivise these generators to remain online, or support investment in alternative sources of system security services, this de-commitment could have consequential impacts on power system security services – namely system strength during normal operating conditions, and inertia requirements when a region is islanded (or at risk of islanding).”