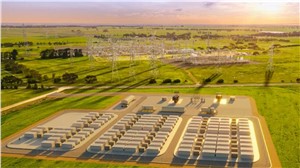 Australian superannuation giant Aware Super says it has spent $US30 million ($A43.4 million) buying stakes in two large battery storage projects in the US, and is looking out for opportunities to do the same in Australia, and is excited by projects such as the Victorian Big Battery unveiled last month.

Aware Super – formerly known as First State Super and with more than $120 billion under management – has invested $US30 million ($A40.2 million) in a 30MW/120MWh battery storage project in New York that will be made up of nine lithium ion battery storage hubs in under-utilised real estate such as parking lots, alleyways, and rooftops.

The project, led by private equity firm SER Capital Partners, will support the stability of New York City’s grid, support renewables integration and it will be about the same size as the original Tesla big battery at Hornsdale in South Australia.

It will store locally-generated energy to inject back into the grid at peak periods and recharge during off-peak times. It has a 10-year contract from th local grid operator to supply power for a four hour period on more than 50 days.

Locations have been chosen to support weak points in the grid, and will also support New York City’s goals of achieving 100 per cent carbon-free electricity generation by 2040. It will also support electric vehicle charging and it will also receive capacity payments.

Aware has invested another $US10 million ($A13.4 million) into a similar project that is being rolled out concurrently in Texas, where 30MW and 60MWh of battery storage will use on-shore wind facilities to help charge the batteries via the grid when demand is low. This is more of a merchant play where the battery is using its speed and versatility to compete with gas peaking plants.

“Texas faces major energy transition risk with the closing down of ageing coal-fired power plants and a need to rapidly dispatch alternative energy at peak hours in place of coal power,” the company said in a statement.

Aware Super chief investment officer Damian Graham said the fund hoped to use the learnings from these investments to help pave the way for similar investments in Australia, and it was particularly enthused about the development of the 300MW/450MWh Victorian big battery, which will be the largest in the country.

‘’Developments like this also help us to better understand the return profile of the sector and consider the potential for similar investments in Australia in future,” Graham said in a statement.

“The recently-announced Victorian Big Battery, slated for roll out near Geelong, shows the emerging interest in battery storage capability domestically.

“We also know the cost of lithium-ion is decreasing around 15 per cent every year thanks to increased uptake of electric vehicles and the like, which makes battery storage investments even more viable.

“This, coupled with compelling incentives for investors, such as that being offered in the New York project in particular, show the investment potential of this sector.

“With the right partners and incentives, we would welcome the opportunity to invest in similar projects in Australia,” Graham said.

So far, super funds have shown little interest in battery storage as an investment, but as more are rolled out, and as the revenue opportunities become clearer, then this will likely change. Aware says it is clear that the overseas markets are more mature than Australia’s, but there is obviously significant potential in the local market.

Amit Chand, an associate portfolio manager at Aware, who helped put the US deals together, said those investments would deliver returns of around 25 per cent per annum, as is expected in a private equity play. But it was not yet clear if those sort of returns would be available yet in Australia.
“We’d like nothing more than investing in our own backyard,” he said. “But Australian projects are quite large and may not fit the returns we target.”