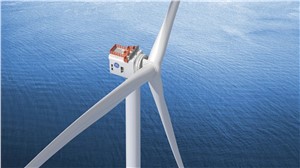 “Equinor is committed to being a leading company in the energy transition and to helping the UK Government deliver on its 10-point plan for a green industrial future. Through the sheer scale of the project we have delivered record-low contract prices for the UK market, and as operator of the wind farm we will continue to deliver value to the UK for years to come. Dogger Bank will generate renewable electricity for British homes, whilst creating jobs and attracting significant investment to the UK,” says Eitrheim.

The project is being built in three 1.2 GW phases, with the first two phases being constructed at the same time to take advantage of the synergies resulting from their geographical proximity and use of common technology and contractors. As such, the two phases are being financed concurrently with all lenders participating in each phase in equal proportions. Dogger Bank A and B will each require total capital expenditure of around GBP 3 billion, including the capex for the offshore transmission station (OFTO). The third phase, Dogger Bank C, is being developed on a different timescale with financial close to follow at a later stage.

SSE Renewables are leading the construction of the 3.6 GW project, and Equinor will lead on the wind farm’s operations.

Equinor is developing as a broad energy company, and on 2 November this year Equinor announced its ambition to become a net-zero energy company by 2050. The company aims to become a global offshore wind major and expects to increase its current installed capacity to 12-16 GW, around 30 times the current level, by 2035.

Equinor is building material offshore wind clusters in the North Sea, the US North East and in the Baltic Sea and powers over one million European homes with renewable electricity from offshore wind. In the UK, the company currently operates three offshore wind farms, including the world’s first floating wind farm, Hywind Scotland. As well as progressing Dogger Bank, Equinor plans to extend two of its UK wind farms, doubling its offshore wind capacity off the coast of Norfolk.Dogger Bank wind farm owners, Equinor and SSE, have today announced financial close on the first two phases of the project, representing in aggregate the largest offshore wind project financing to date globally.

“Reaching financial close on the two first phases of Dogger Bank is a major milestone, demonstrating our commitment to profitable growth within offshore wind. The extensive interest from lenders underpins the attractiveness of UK offshore wind assets and confidence in SSE and Equinor. As the wind farm’s future operator, we are proud to take this big step forward in delivering what will be the backbone of a growing wind hub in the North Sea,” says Pål Eitrheim, Equinor’s executive vice president of New Energy Solutions.

The total senior debt facilities across the two phases is GBP 4.8 billion, plus ancillary facilities of around GBP 0.7 billion. Dogger Bank A and B are being project financed with gearing of 65% to 70% for the generation assets. Gearing on the transmission facilities is set to 90% of the forecasted OFTO sale proceeds.

With the strong interest from lenders, Dogger Bank A and B were able to secure competitive terms, despite unprecedented economic circumstances arising from the global coronavirus pandemic. The final group of lenders, comprising 29 banks and three export credit agencies, includes experienced lenders in the sector along with relationship lenders of both SSE and Equinor. The level of interest achieved reflects the quality of the project and enables strong returns on shareholder capital to be delivered.