What If Automakers Had Acted on Their Own Climate Science From 50 Years Ago? 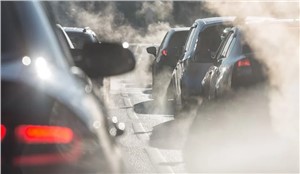 In the 1960s, scientists who worked for General Motors and Ford discovered that the exhaust from their cars was very likely changing the climate. They made presentations at conferences. They briefed senior executives. And then, they were publicly contradicted and their work was suppressed.

We’ll talk to Maxine Joselow, the journalist who reported the story for E&E News over many months. She talked with more than two dozen former GM and Ford employees, retired auto industry executives, academics, and environmentalists about what the companies knew about climate change five decades ago.

It leaves the reader wondering: what if automakers had taken the problem more seriously a half-century ago?

We are still feeling the ripple effects of investigations five years ago showing that ExxonMobil Corporation’s staff scientists were well aware decades ago that petroleum caused global warming. The reporting spawned public backlash and resulted in real-world legal cases against the company.

Later in the show: plenty of conservative states are embracing renewables. But now 100% clean energy mandates are spreading to redder states. The latest is Arizona: a place where elected officials and a giant utility previously worked to stop the march of clean energy. We’ll look at the shift.

Tell a friend:
What If Automakers Had Acted on Their Own Climate Science From 50 Years Ago?