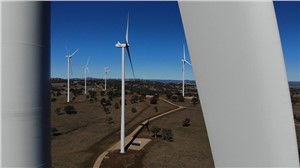 New rules have been put forward by the Australian Energy Market Commission (AEMC) that could prevent wind and solar projects from reducing their output, without first notifying market operators, under a draft rule that seeks to see renewable energy projects operate more like coal and gas plants.

The AEMC says that the new rule – originally proposed the Australian Energy Regulator under advice from AEMO – is justified by a need to improve power system security and would introduce a degree of “technology neutrality” to power station scheduling, by imposing similar output expectations on wind and solar generators as those imposed on coal and gas projects.

“Weather-reliant generators such as large scale solar and wind farms would be prevented from turning down or off without informing the market operator under a draft rule to boost system security,” the AEMC said in a statement.

In such circumstances, wind and solar projects cannot produce power above the cap set by AEMO, but have generally been allowed to reduce their output to any level below the cap.

Under the new rule, the AEMC proposes to introduce a new generation target for wind and solar projects, that projects will be required to deliver upon, during periods where no semi-scheduled generation cap has been set.

The AEMC says that the new rule is designed to see wind and solar projects operate more like gas and coal projects in the market, which particularly in the case of coal, are often unable to quickly withdraw capacity from the market.

“The Commission’s rule change would have the effect of requiring semi scheduled generators to follow their available resource except during semi dispatch interval, when output should be limited to the cap specified by AEMO,” the AEMC says.

“The Commission considers this change will restrict the potential for large and rapid deviations from dispatch instructions due to negative price curtailment, and make semi-scheduled generators behave more like scheduled generators.”

The draft rule has been developed in response to a request from the Australian Energy Regulator (AER), which in turn was acting on a request from energy ministers via the former COAG Energy Council.

The AER had originally requested a rule change that would limit the ability of wind and solar generators to withdraw capacity from the market during periods of negative prices.

The AEMC has applied a fast-tracked rule change assessment process, proceeding to the development of a draft rule change before seeking feedback from stakeholders.

The AEMC is seeking submissions in response to the draft rule, which will remain open until mid-January.