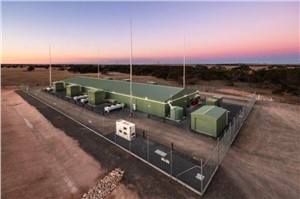 AGL, the country’s biggest coal generator and biggest polluter, on Saturday a announced that it is to build a massive 250MW big battery in South Australia, with four hours of storage, making it the longest duration big battery to be built in Australia.

Importantly, the 250MW, 1000MWh battery will be built at the site of the ageing Torrens Island gas generator, which is to due to close within a few years once a new transmission link in built from South Australia to NSW, and as more renewables and grid-scale batteries displace gas generation in the supply of bulk energy and key grid services.

The significance of this battery is the four hours of storage, the first in Australia, which suggests that AGL now sees batteries as competitive with gas generators to meet peak demand periods, and to operate primarily to shift the supply of wind and solar to when it is needed most.

Other batteries – such as the original Tesla big battery at Hornsdale, and the newly unveiled Victorian big battery near Geelong – have focused on providing grid services, so only require a short duration in storage.

The big battery at Torrens Island is just the latest in a series of important big battery announcements around the country, including the bigger (but shorter duration) 300MW/450MW Victorian big battery, two new batteries in Canberra, and NSW government support for four new big batteries in that state.

The Northern Territory has also started the tender for the Darwin big battery, which will also displace gas generation.

AGL plans to roll out 850MW of energy storage across the National Electricity Market by 2023/24, which includes its previously announced 200MW of big battery installations with two hours storage with Maoneng, a 100MW/150MWh battery at Wandoan in Queensland, and a big battery – possibly as big as 500MW – at the soon to be closed Liddell coal fired power station

“With more renewable generation than any other state, South Australia has been a leading contributor to Australia’s low-emissions future,” AGL chief executive Brett Redman said in a statement.

(South Australia leads the world with 57 per cent contribution from wind and solar in the last 12 months, and the state Liberal government has a target of net 100 per cent renewables by 2030, which the state is likely to reach well before then).

“This battery is another step in the state’s energy transition while at the same time allowing a rapid response to changes in renewable generation when our customers and communities need it.”

AGL already operates the smaller 30MW/8MWh Dalrymple North big battery in South Australia, which has a specific task of providing grid services and back-up power and an “islanding” capability on the Yorke Peninsula.

The other big batteries in South Australia include the original Tesla big battery at the Hornsdale Power Reserve (now expanded to 150MW/194MWh), which is focused mostly on grid services and some storage, and the 25MW/52MWh Lake Bonney big battery. The small 10MW/10MWh battery at the Lincoln Gap wind farm will be commissioned next year.

Redman, who has previously hailed the “dawn of the battery age”, said it was clear that batteries would make a significant contribution to a renewables dominated grid.

“We know in order to achieve this target, investment in large scale energy storage like grid-scale batteries is critical,” Redman said. “We also know this is a future South Australians are also committed to achieving and we believe batteries will play a leading role in this transition.”

The decision at Torrens Island is an indication of how the transition to renewables will play out. Coal left the South Australia grid more than four years ago, and now “baseload” gas is following it out the door, to be replaced by battery storage and fast start gas generators which will only operate on occasions. In some areas, they won’t bother with the new fast start gas plants).

The South Australia government is to allow the Torrens Island battery to be fast tracked by granting a planning exemption at the site.

“The battery will help in our efforts to restore the South Australian grid to strength as it is located at a key location in our grid and will help SA meet our aspiration of net-100% renewable energy,” said energy minister Dan van Holst Pellekaan.

“Big batteries are a key part of our strategy alongside the SA-NSW Interconnector and our home battery roll-out to strengthen our grid and deliver further savings for South Australian households and businesses.

There is still some work to be done before a final investment decision is made. This includes the finalisation of contracts and approvals.