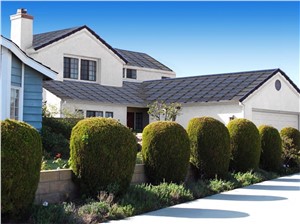 If the acquisition is completed, the company plans to manufacture, market and distribute throughout North America solar tile roofs designed by DeSol Power Tiles. We have actively targeted sales and marketing teams with access to builders, roofers, solar installers and developers throughout the USA to act as our sales agents.

The DeSol Power Tile system is easily installed by local contractors, roofers and developers. Due to this ease of installation the company plans to scale quickly and effectively with the additional marketing via the agents and online avenues.

The company has been exploring other manufacturing options to help increase the margins in the product and are confident over time and with scale can decrease the costs as much as 30 - 40%. The Company also believes that the new US government shift will help increase the subsidies and general benefits of moving to solar power throughout the United States.

Residential and commercial buildings create approximately 30% of all greenhouse gas emissions and have become a major target of climate activists on the path to a low or zero carbon future. The US has approximately 80 million homes and only about 3% have been converted to solar powered clean energy.

The DeSol Tile was developed and patented in the United States by a Belgium based solar engineer in response to the growing need for an ascetically pleasing solar roofing option.