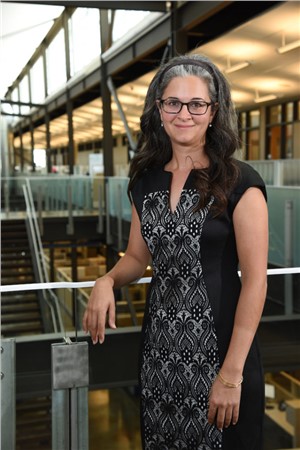 The Department of Energy’s Lawrence Berkeley National Laboratory (Berkeley Lab) has appointed Noël Bakhtian, previously a senior policy adviser in the White House Office of Science and Technology (OSTP) and currently director of the Center for Advanced Energy Studies (CAES) at Idaho National Laboratory, as its inaugural director of the Berkeley Lab Energy Storage Center.

Building on decades of scientific leadership in battery and fuel cell research, Berkeley Lab has established this new center to galvanize research and development in all types of energy storage, extending beyond batteries and fuel cells to encompass a broad range of storage technologies, including chemical and thermal storage, mechanical storage, flexible generation and loads, and more.

“We have a long history of groundbreaking energy storage research at Berkeley Lab, and we look forward to Noël Bakhtian leading our new Energy Storage Center for major advances in energy storage, which is central to developing an affordable and sustainable energy supply,” said Berkeley Lab’s Deputy Director for Research Horst Simon.

“Noël Bakhtian is an accomplished researcher and leader with an impressive record of achievements,” said Ravi Prasher, Berkeley Lab’s Associate Laboratory Director for Energy Technologies. “She has demonstrated an ability for developing strategic plans to address society’s most pressing technological challenges, and we’re very much looking forward to her leading our top-notch science team to help meet our country’s energy storage needs.”

Among her many awards and honors, Bakhtian was named the 11th most powerful female engineer in the country by Business Insider in 2018. “I’m incredibly excited to join Berkeley Lab – its decades-long record of innovation in energy storage is legendary, and its ties with UC Berkeley and other universities make its research ecosystem unparalleled,” Bakhtian said. “What makes this opportunity even more compelling is the potential to make significant progress along the entire spectrum of energy storage challenges, from very fundamental science to more applied R&D, to issues of manufacturing, technology transfer, and workforce development.”

Bakhtian completed her undergraduate degree at Duke University, master’s degrees at Cambridge and Stanford universities, and a doctorate in aeronautics and astronautics at Stanford. For the last three years she has served on the senior leadership team at Idaho National Laboratory as the director of CAES, a consortium bringing the lab together with four universities to accelerate impact in research, education, and innovation.

At OSTP, where she was an adviser on energy and environment issues from 2015-2016, she led initiatives related to the water-energy-food nexus and served in a formal leadership role in the White House Arctic Executive Steering Committee. Before that, she worked for three years at DOE, where she spent time as an American Association for the Advancement of Science (AAAS) Science and Technology Policy Fellow and was the inaugural energy-water lead for international affairs, helping to leverage federal agency efforts to build new research collaborations with Israel, China, and many others.

Along with her science and policy work, Bakhtian has also written and spoken frequently on the importance of diversity and inclusion in science. “I’m so proud of the commitment that Idaho National Lab and CAES have made to inclusive diversity, and I’m excited to be joining the Berkeley Lab community and its all-in commitment to IDEA (Inclusion, Diversity, Equity, and Accountability),” she said.

Roadmap to a resilient energy future
DOE has launched an “energy storage grand challenge” and is in the process of drafting a roadmap for U.S. leadership in energy storage utilization and exports, with the goal of a secure domestic manufacturing and supply chain that is independent of foreign sources of critical materials by 2030.

The lithium-ion battery has powered a revolution in portable electronics, in electrified transportation, and in cleaner energy in general, but it was developed almost half a century ago and has very little margin for improvements.

“There’s a need for a whole portfolio of solutions in the energy storage space to fit various needs,” Prasher said. “Energy storage in many ways can be a game-changing component of how our future society functions and how efficiently it can do so.”

Prasher envisions the Energy Storage Center will play a prominent role by tapping into the research across multiple areas of Berkeley Lab, and helping to guide the science, technology, and policy of energy storage systems and infrastructure. In addition to an extensive battery research program, Berkeley Lab also has deep expertise in grid storage, thermal storage, renewable energy, and other related areas that will become increasingly important as society moves toward greater electrification.

Berkeley Lab, known as the birthplace of “team science,” will draw on strengths from across the laboratory – including materials sciences, chemical sciences, computing sciences, large scientific facilities such as the Molecular Foundry and Advanced Light Source, the NERSC supercomputing facility, and more – to coalesce its energy storage program into a cohesive strategy.

“By harnessing the incredible expertise, capabilities, and creativity across Berkeley Lab to accelerate real-world energy storage solutions, I believe the Energy Storage Center can help the nation transition to a clean, affordable, and resilient energy future,” Bakhtian said.