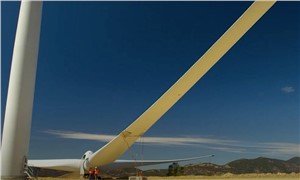 In yet another sign of the pace of the global energy transition – and the massive switch taking place in the investment community – the market value of company that describes itself as the world’s biggest producer of wind and solar power, US utility NextEra, has overtaken that of what used to be the world’s most valuable company, oil major ExxonMobil.

The shift is a significant as the one the world has seen in the auto industry, with electric vehicle maker Tesla overtaking the biggest car companies in the world in the last year, to the point where it is now valued at more than the next five biggest global car makers combined, despite producing just a fraction of the number of cars.

The Financial Times also took a look at the situation. It noted that NextEra reported net profit of $US1.7 billion in the first half of this year and  that its wholesale customers had signed up for 14.4 gigawatts’ worth of renewable capacity, almost triple the amount of two years ago.

Over the same period, ExxonMobil reported a loss of $US1.7 billion and found itself kicked off the Dow Jones Industrial Average, the blue-chip stock barometer which attracts institutional investors.

Tesla director and the former Chief Investment Officer of the Japan Government Pension Investment Fund, the largest asset owner in the world, also noted the milestone, observing that ExxonMobil had the highest market cap in the US on the day of the Tesla IPO in 2010.

“The stock market is getting it,” Mizuno noted.

ITK analyst and RenewEconomy contributor David Leitch also made note of NextEra’s vision for the future in this analysis published way back in January this year, when he observed that “NextEra gets it, but Origin and AGL don’t – and their shareholders have suffered.”

Leitch noted that the principal reason for NextEra’s jump in market cap (it is largely a regulated utility) has been its investment in wind and solar, and more recently in battery storage which it notes is a better future bet than gas (and it is a major gas generator).

“NextEra Energy is a major US utility and is well named, and it is doing for shareholders what AGL and Origin Energy in Australia won’t,” Leitch noted.

He added that NextEra plans to add about 6 gigawatts of wind  about 5.5GW of solar and about 1GW of batteries over the next 3 years. In addition it has a further 0.44 GW of batteries “signed for post 2022 delivery”. And all of all its announced contracted battery storage to be installed in 2021 and 2022 is of 4 hour duration.