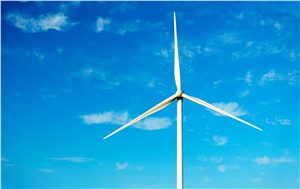 Vestas has received a 40 MW order from Eurowind Energy A/S, a leading developer and operator of sustainable energy projects for three wind parks in Poland. The three projects are developed through Eurowind Energy’s joint venture in Poland E&W project. Located in the Wagrowiec, Oborniki and Wyrzysk provinces in the north-western part of the country, the projects will consist of V100-2.0 MW wind turbines combined with 120m towers and long-term service contracts, maximising power production while at the same time offering competitive levelised cost of energy.

Earlier this quarter, Vestas announced it has secured more than 1.5 GW of wind projects in Poland since the country introduced its auction system in 2018. This new order further consolidates Vestas' market leadership in the Polish renewable energy sector and builds on an installed base of more than 2.2 GW. Vestas has been operating in Poland since 2002 and employs around 400 people in the country.

“We are happy to place this order for a second bundle of projects that won the 2019 renewable auction in Poland. Our pipeline of projects in Poland are substantial and we expect to place further orders in the near future. Vestas was a natural choice for our pipeline due to the reliability of the technology”, states Jens Rasmussen, CEO of Eurowind Energy.

“We are proud to continue our partnership with Eurowind Energy A/S and deliver best-in-class technology to drive the energy transformation in the region. We`re looking forward to realise these projects for our customer Eurowind Energy A/S”, says Nils de Baar, President of Vestas Northern and Central Europe.

The contracts further include supply, installation and commissioning of the wind turbines, as well as 20-year Active Output Management 4000 (AOM 4000) service agreements for the three wind parks. The projects will feature a VestasOnline® Business SCADA solution, lowering turbine downtime and thus optimising the energy output.

Deliveries are planned for the third quarter of 2021.