OPC Energy Enters the Field of Electricity and Renewable Energy in the US: Signed LoI to Acquire US Company CPV With Investment of $700-800M 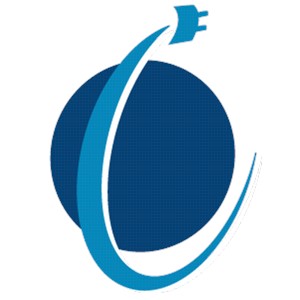 OPC Energy Ltd. (TASE: OPCE) ("OPC"), Kenon Holdings Ltd.'s (NYSE: KEN) (TASE: KEN) ("Kenon") subsidiary today reports a strategic step, which puts it in significant activity in the US energy market. The company has signed a letter of intent to acquire control of an American company CPV, with an estimated investment of $ 700-800 million, part of which is also intended for investment in future projects of CPV. The deal is still subject to a number of approvals, and to the completion of the negotiation process between the parties.

Giora Almogi, CEO of OPC Energy said: "We have long recognized the potential inherent in the US electricity market, with an emphasis on expanding operations into the field of renewable energies. We see the US market as one of OPC's strategic target markets. There is growing momentum for increased development of renewable energy and a focus on a lower carbon approach to electricity supply. In parallel, the trends continue with a modernization of the grid with coal and uneconomic nuclear assets being retired and the construction of efficient, highly flexible natural gas power plants  for economic and environmental reasons.

"We have been working for the past year to find a suitable platform to enter the American market, with one of the important criteria being that the American company has strong management with proven experience, and has accumulated significant projects for continued growth.

"After completing an in-depth search process, as mentioned, we are pleased to report today a letter of intent for the acquisition of CPV. It is a pioneering company in its field, dynamic and growing, operating  throughout the United States in the largest and most significant electricity markets. The company has proven entrepreneurship and development capabilities, and since its inception it has initiated and built power plants with a total installed capacity of approximately 14,800 MW, of which approximately 9,950 MW of conventional stations in several markets, and wind-based power plants with a total capacity of approximately 4,850 MW. The company currently has a qualitative accumulation of an additional 2,245 MW for the construction of stations in the fields of renewable energy. The company currently owns interests in 5 natural gas-based power plants that have been established in recent years with the most advanced technology. The Company's operations include the management of 14 properties in a number of markets for its own accord as well as for third parties, with the ability to operate in any major market in the United States.

"The acquisition, when completed, CPV will become OPC's investment and expansion platform in the United States, and will help the company grow and expand its operations while diversifying the company's revenue sources into a number of areas, regulations and states. The U.S. electricity market includes about 1,100 GW of installed power. The U.S. market as a whole is undergoing a process of changing the energy mix which includes a significant replacement of coal by natural gas, as well as the entry of renewable energies. These trends are based on environmental regulation that limits pollution of power plants, regulation that favors renewable energy, low gas prices that push coal stations, and are derived from the older age of coal plants in the US (average about 40 years). This trend is gaining momentum in ISO-NE states in the northeastern United States (New York, New Jersey, Illinois, Massachusetts, Connecticut, Maryland, etc.) on the basis of local regulation with renewable energy targets and substantial restrictions imposed on greenhouse gas emissions.

Due to these trends, the Energy Information Agency expects that about 130,000 MW of coal-fired power plants and power stations based on fuel oil and diesel will close by 2030. On the other hand, the agency expects the construction of over 230,000 MW (wind and solar).

The Company's activities include: (1) development and construction of conventional power plants and renewable energy; (2) ownership and maintenance of a portfolio of active power plants; (3) Power plant management for the company and third-party customers

CPV's development activity includes the successful execution of 44 projects with a total capacity of approximately 14,800 MW over the last two decades. In addition, the company has accumulated new projects with about 6,200 MW of capacity, of which about 2,245 MW in the field of renewable energy, with over 1,100 MW of which are in advanced stages of development. In the field of conventional energy, the company has 4 projects based on natural gas in various technologies at various stages of development with a total capacity of 3,955 MW.

The company's portfolio includes holdings, together with partners, in 6 active power plants based on natural gas and wind energy, located mostly in the northeastern United States in key markets (PJM, NYISO, ISO-NE). All conventional projects are new, based on the most advanced technology, with the highest efficiency in the market, giving the company a long-term competitive advantage as the US moves toward a lower carbon future.

Under asset management activities, CPV manages 14 power plants for its own accord as well as for third parties with a total installed capacity of approximately 10,600 MW in various technologies and markets, including the California and Texas.

OPC notes that its holding in the acquired company may be about 70%, and that it intends to bring in a number of institutional investors from the Israeli capital market as partners in the transaction, and at the time of the report is negotiating with Migdal, Clal and Poalim Capital Markets in this regard.

For the purpose of financing the transaction, it is expected to be based on raising capital and / or raising debt (public, private or banking) and / or cash balances, or a combination of them. Kenon Holdings, which controls OPC, informed the company that if it was offered to participate in such capital raising, it would seriously consider participating in it.

Tell a friend:
OPC Energy Enters the Field of Electricity and Renewable Energy in the US: Signed LoI to Acquire US Company CPV With Investment of $700-800M