EODev Raises EUR20M to Accelerate the Industrialization of Its Hydrogen Solutions 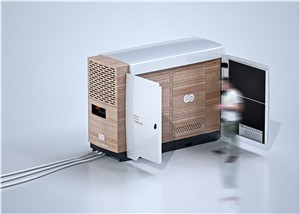 EODev (Energy Observer Developments) announces the closing of a first round of funding to accelerate the industrialization and commercialization of its solutions developed around the latest hydrogen technologies.

Thanks to a seed round mid-2019, EODev was able to set up its operational structure, to sign its first strategic agreements and contracts, and to finance and design prototypes.

Today, EODev announces the closing of its first round of funding, for a total amount of €20 million, thus positioning itself as one of the innovative players in the French hydrogen industry, whose growth is now a government priority.

EODev could count on the complete confidence and support of its shareholders and long-time partners in the Energy Observer Odyssey (the Accor Group and Thélem Assurances), and on the contribution of new industrial players involved in the project (the Monnoyeur Group). This commitment demonstrates the technical excellence of the products offered and the relevance of a strategy resolutely oriented towards the energy transition.

With technologies directly addressing the demand for an efficient and accessible hydrogen use with a limited environmental footprint, EODev is ready to contribute to the ambitions announced by the government as part of the "France Relance" plan, which marks a watershed in the support of the entire hydrogen industry.

Created in March 2019, EODev is the result of the research and development carried out on board Energy Observer, the first energy self-sufficient hydrogen vessel to circumnavigate the world. The company thus benefits from the expertise acquired by its engineers and validated over the 30,000 nautical miles its laboratory boat has already covered since 2017, using hydrogen / fuel cell technologies.

Tell a friend:
EODev Raises EUR20M to Accelerate the Industrialization of Its Hydrogen Solutions