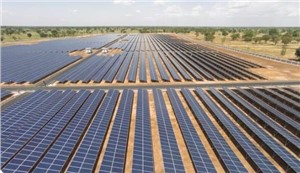 The biggest solar farm in South Australia, and what would have been the biggest solar complex in Australia had it been completed earlier, is finally moving towards full production – nearly two years after its original plans.

The Bungala solar complex near Port Augusta – one of a raft of new wind and solar and storage projects planned for the region following the closure of the city’s last coal fired generator in 2016 – is composed of two stages, both 100MW (ac).

The first stage connected and commissioned more or less on time, but the second stage – Bungala 2 – which began generating more or less on time in late 2018, ran into unspecified “technical issues” which prevented it from moving through the commissioning process. (See first graph below from the Climate and Energy College using data from OpenNEM).

Those technical issues – thought to be related to “harmonics” – look to have been finally resolved. in recent weeks, Bungala 2 has been matching the output of the first stage and has been producing up to around 100MW and more at times – indicating it is in the final stages of commissioning.

This was confirmed by a spokesperson for joint owner Enel Green Power, who said in an emailed statement:  “Bungala 2 Solar Farm is currently in the final stages of grid compliance testing. We are working with relevant stakeholders and agencies to complete the commissioning process.”

The output from Bungala is contracted to Origin Energy at a price that has not been revealed, although Enel recently announced a write down of the value of that export contract, presumably as a result of the delays.

This next graph shows the combined output of the two Bungala facilities, which at 220MW would have made it the biggest solar complex in the country, had it been delivered on time, but will be bested by both the Darlington and Limondale solar complexes in NSW, and the Kiamal solar farm in Victoria.

However, Bungala can still claim the biggest output of any solar farm in Australia given that the other three projects – which have also been delayed by local grid system strength issues – have been registered, but have barely started on their commissioning process.

South Australia has one other large scale solar farm – the 95MW Tailem Bend facility – and numerous smaller facilities sized around 5MW. It also has a host of other large scale solar projects lining up for development, including Sanjeev Gupta’s Whyalla solar farm, the Iberdrola solar-wind hybrid plant near Port Augusta, and Solar River solar and battery project and the massive Goyder South renewable energy hub.

Enel Green Power also owns the 34MW Cohuna solar farm in Victoria, which has completed construction but is now waiting in a connection queue in the West Murray region of the grid.