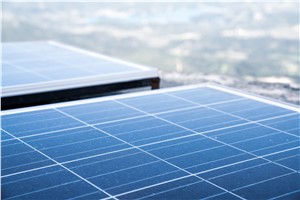 Malabar Resources has won state government approval to build a 25MW solar farm on a former open cut coal mine in the Hunter Valley region of New South Wales.

The solar farm was proposed in March 2019 by Malabar, as part of the rehabilitation of the Drayton open cut coal mine that was operated by Anglo American until it was closed in late 2016 and is now owned by Malabar Coal.

In a statement on Monday, Malabar Resources chairman Wayne Seabrook welcomed the decision and commended the NSW planning department for an efficient process – despite Covid-19 – that prioritised projects that would generate jobs and revenue.

“It’s great to see the NSW government getting behind our innovative and creative approach to using this land,” Seabrook said in a statement.

“We have long felt that a solar farm was a sensible way for us to utilise the rehabilitated land in a way that could support our local community and generate more local jobs.

“The Maxwell Solar Project is another example of our commitment to the local area, the local economy and, above all, to co-exist with a wide range of industries and activities,” he said.

The Drayton coal mine site – which sits near the Liddell and Bayswater coal-fired power stations – is the latest in a series of former mines used to host renewables, including the Kidston gold mine in Queensland and the Stawell gold mine in Victoria.

Other mines have been suggested for pumped hydro projects, such as the old iron ore mines in the Middleback ranges that could be used to provide storage for the large solar power plants planned for the Whyalla steelworks.

Seabrook says the Maxwell solar project will create roughly 50 new construction jobs and two operational jobs over its 30-year lifespan, and generate roughly 60GWh a year of solar energy – enough to power nearly all the homes in nearby Muswellbrook and Singleton combined.

Tell a friend:
Malabar to Build 25MW Solar Farm on Former Coal Mine in Hunter Valley