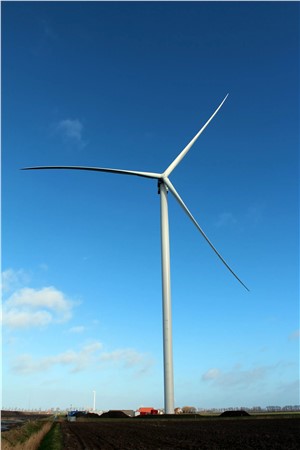 GE Renewable Energy announced today that it has been selected by PÜSPÖK Group as the supplier for two windfarms located in the Burgenland region in Austria. The 157 MW project, which will use 30 GE Cypress onshore wind turbine units, represents important progress for GE in the country. The deal, which includes a multi-year service contract, will enable GE to establish a service organization in the country next year.

PÜSPÖK Group will operate the Cypress turbines at 5.5 MW, with a rotor diameter of 158m and two-piece blades provided by LM Wind Power, a GE Renewable Energy business. The wind farms nominal capacity of 157 MW will generate 380 GWh of electricity per year – equivalent to the electricity consumption of more than 85,000 households (4,400 KWh per household).

The installation of the wind turbines at the project site will commence in Q1 2021 and the turbines will be fully commissioned and operational by end of 2021.

Lukas Püspök, managing director of PÜSPÖK Group, said: “This repowering project is a milestone in the history of our company. We are proud to stay actively involved on top of the renewable energy market in Austria. PÜSPÖK Group wants to thank GE for their efforts and commitment in every process of this project.”

Peter Wells, GE’s CEO of Onshore Wind in Europe, commented: “We’re delighted to partner with Püspök on this project, and we are thrilled they’ve selected our Cypress platform. We’re proud to create service jobs in Austria and help bring additional clean, affordable, renewable energy to the country.”

The Austrian wind market today meets about 13% of Austria’s power consumption and is expected to rise within the next few years. According to the Austrian wind power association, IG Windkraft, wind power could meet 26% of the national electricity supply by 2030.