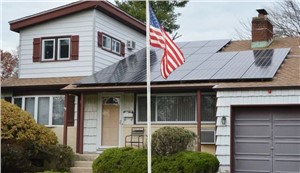 Violet Power, an Oregon-based solar startup helmed by the recently retired director of the Department of Energy’s solar office, plans to build a fully integrated manufacturing plant in Washington State.

After ramping through 2021, the Violet factory will be ready to roll out between 300 and 500 megawatts of solar cells per year. Over time, the company plans to add modules and then wafers, making it the only U.S. solar plant producing all of those parts of the supply chain.

“As time goes by, we could extend both downstream as well as upstream starting with cells and working from there,” said Charlie Gay, Violet’s CEO, referring to the potential to include wafer and ingot production.

Gay served as director of DOE’s Solar Energy Technologies Office from 2016 to November 2019. The company’s president and founder, Desari Strader, previously led government relations and strategy at SolarWorld, a panel manufacturer and co-petitioner in the Section 201 trade case.

That leadership helps illuminate Violet’s choice to locate production in the U.S. “[COVID-19] has reinforced the need for being self-reliant,” said Gay.

The company will incorporate technology developed by SunFlex Solar, a team out of Arizona State University that in late August won DOE’s “American-Made Solar Prize.”

Neighbors with REC Silicon
The emphasis on local manufacturing may have contributed to Violet Power's decision to site its plant in Moses Lake, Washington, where the startup may be able to support another part of the solar supply chain: Violet’s factory will be located across the street from REC Silicon’s shuttered polysilicon plant.

Although REC Silicon's factory remains closed and the two companies have not established a formal relationship, Violet could represent a new source of demand for REC's polysilicon in the U.S. as it builds to 1 gigawatt of wafer, cell and module capacity. In time, Gay said Violet plans to expand to 5 gigawatts of production capacity.

“As we scale towards that size, our requirement for polysilicon should be a good match for what REC Silicon would be able to do in their Moses Lake site,” Gay told Greentech Media. “They are, of course, their own company and can think for themselves, but we’d like to help the process by being a good customer.”

REC did not respond to a request for comment. And for now, Violet is working with a European partner for its ingot and wafer supply. Violet says it has already lined up customers for its products in Europe and the U.S.

Violet has promised an eventual 1,000 jobs and a new milestone for the U.S. solar supply chain. But building out a solar manufacturing hub in the U.S., and particularly one that is vertically integrated, is no easy task. Low-cost competition from China and Southeast Asia means local companies often rely on imported panels, despite tariffs.

With Panasonic slated to leave Tesla’s Buffalo Gigafactory this month, Violet would become the nation’s only large-scale, operating cell manufacturer.

Gay joined the Department of Energy in August 2016, just a few months before the Obama administration handed leadership over to Trump.

Violet Power's launch already won plaudits from one former presidential contender, Washington Governor Jay Inslee, who before exiting the 2020 Democratic primary race was widely regarded as the candidate with the most aggressive policy proposals on climate change and clean energy.

“I am pleased they are committed to supporting the continued development of a complete solar manufacturing supply chain,” Inslee said in an emailed statement on the Violet announcement.