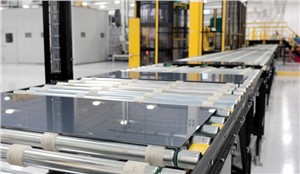 First Solar has agreed to sell its North American operations and management business to NovaSource Power Services, the company formed from SunPower’s O&M business, as part of a streamlining to focus on its core business making thin-film solar modules.

The biggest solar panel maker in the Western Hemisphere has also officially launched a "strategic evaluation" of divesting its project development arm, one it hinted at in February but delayed over the spring  due to the COVID-19 pandemic.

Back in 2017, First Solar’s O&M business was seeing above 30 percent gross margins driven by legacy contracts, he said. But since then, competitive pressure and falling PPA prices have driven those margins closer to the 10-percent range. While First Solar could retain the business, “we would need to continue increasing the business scale as well as enhancing the range of O&M product and service offerings” to keep up, he said.

That made the offer from NovaSource a compelling one, he said, although terms of the sale were not announced. The company, owned by private equity firm Clairvest Group, was created in May when it bought the solar O&M business of SunPower. The Silicon Valley-based solar company decided last year to spin out its module manufacturing business as Maxeon Solar to concentrate on residential and commercial solar installation and batteries and energy services.

Like many solar manufacturers, First Solar took on multiple aspects of the process of getting its modules into deployment in its early days. Similarly, it’s since been evaluating the competitiveness of its various business units, including its engineering, procurement and construction (EPC) business, which it abandoned last year to move to a third-party EPC model.

That decision has led to First Solar separating O&M activities from its North American project development business, which it raised the possibility of selling in February. Many solar EPCs are now offering O&M services through the timespan of the project guarantees they provide for their work, “and some of them want to do that longer term,” Widmer said.

While the search for different options for its project development arm slowed in the second quarter due to broader disruptions from the COVID-19 pandemic, First Solar decided in June “that the market is now in a better position to evaluate sale” or other strategic alternatives, he said.

First Solar was able to keep its factories in Ohio, Vietnam and Malaysia running without significant interruption amid the pandemic, and is ramping up production capacity of its latest Series 6 modules to an estimated 8 gigawatts by the end of 2021. It has set a goal of increasing the efficiency of those modules from 440-plus watts to 500 watts over the next four years, in a race to improve the effiiency of its cadmium-telluride thin-film modules to compete against higher-efficiency crystalline silicon modules from competitors such as LG Solar, Hanwha Q Cells, Jinko Solar and Maxeon Solar.

But cost of sales rose to $504 million compared to $442 million in the previous quarter, and $89 million in income tax benefits driven by federal COVID-19 stimulus legislation in the first quarter shifted to a $10 million income tax loss in the second quarter, driving down second-quarter profits.

While the COVID-19 pandemic has not brought any material impact to the thin-film solar giant, First Solar hasn’t reinstated full 2020 guidance it withdrew last quarter in the face of ongoing uncertainty over long-term economic impacts. It did retain a 5.9-gigawatt full-year module production target, and said it expects operating expenses of $345 million to $365 million and capital expenditures in the $450 million to $550 million range related to Series 6 module manufacturing capacity buildout.

First Solar’s cushion of cash and marketable securities stood at $1.64 billion at the end of the quarter, up $44 million from the previous quarter but down from the $2.3 billion it held at the end of 2019. Much of the decline since then was from a $350 million payment to settle a class-action lawsuit filed in 2012.