Who Will Own the Hydrogen Future: Oil Companies or Utilities?

Utilities NextEra, Iberdrola and Uniper have all launched recent forays into green hydrogen, challenging a sector dominated by oil companies. 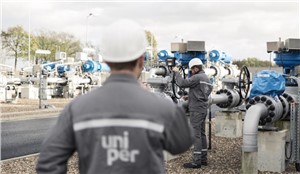 Within the span of a week, major utilities Iberdrola, Uniper and NextEra all made moves into the hydrogen market, in a reminder that the miracle molecule is not the sole domain of the oil and gas sector.

But whether utilities will have the ability — or need — to compete with oil companies in the emerging hydrogen market remains an open question.

To date, gigawatt-scale announcements in the hydrogen sector have been dominated by the likes of Shell, BP and Equinor, typically involving plans for meeting large sources of existing demand in industrial clusters and in some cases their own oil refining operations. Prolonging the lifespan of multibillion-dollar gas infrastructure investments makes for another compelling incentive.

But big utilities in Europe and North America, increasingly large actors on the global energy stage, are not staying on the sidelines.

In the U.S., NextEra recently announced a 20-megawatt electrolyzer, essentially designed to produce green hydrogen for self-consumption at a gas-fired plant in Florida. The $65 million pilot project will be fueled by the Sunshine State’s ample solar resources with the hydrogen mixed into the feedstock for the 1.75-gigawatt Okeechobee gas plant. It could be up and running in 2023 if regulatory approval is granted.

Rounding out the recent announcements, Iberdrola revealed plans to build a 20-megawatt electrolyzerproject for an ammonia factory in Spain. The system will include a 100-megawatt solar plant and a 20-megawatt-hour battery in addition to the electrolyzer. The €150 million ($176 million) project is scheduled to be operational next year. There's a catch, however: The project will not make money.

"Our project is not designed to generate profit," an Iberdrola spokesperson told GTM. "This is an innovation project, to test technology, help to drive down costs for the future and increase Iberdrola’s knowledge and experience."

"The drivers behind our plans here are that we have all the elements to deliver a real project quickly," the spokesperson wrote in an email. "We have a willing partner, the project will tackle existing emissions, we have the space for equipment and connections, and the location is also home to the National Hydrogen Centre in Spain."

There will undoubtedly be more big hydrogen announcements from power utilities. What exactly they'll do with all that hydrogen remains unclear, however. The economics of green hydrogen — made using renewable power — are a long way from stacking up, and there's still an absence of detailed policy support to underpin early projects. The EU recently established a target of having 40 gigawatts of electrolyzers installed within its borders by 2030, but as things currently stand there are no subsidies or tenders on offer to grease the wheels of deployment.

Questions about the utility hydrogen model

Today, oil and gas companies have better access to gigawatt-scale hydrogen projects via their own refineries and the petrochemicals sector, which are often sited together in clusters.

The largest green hydrogen projects announced so far — from BP in Australia, Shell in the Netherlands, ACWA Power in Saudi Arabia (the world's largest at 4 gigawatts), and Equnior in the U.K. — have given some information on end-use applications, citing specific hydrogen offtakers, self-consumption, plans to export the hydrogen as ammonia or a combination of these. But many details remain under wraps, perhaps unknown even to the companies themselves.

Looking broadly across the market, there's still a lack of clarity on the eventual end users for green hydrogen, said Ben Gallagher, an expert on carbon and emerging technologies at Wood Mackenzie Power & Renewables.

“Who's going to be buying this hydrogen? Many projects have listed specific refineries or petrochemical facilities as the offtakers, but it's not always clear from publicly available information if it's exclusively for those listed offtakers or not,” Gallagher said in an interview.

The lack of visibility on customers and eventual business models is even starker for utility-led projects, Gallagher said. Hydrogen for transport, for example, remains very much a work in progress.

Projects in Australia have considered exports to East Asia, while petrochemicals have been the focus in Europe. In the U.S., at least thus far, the conversation has been dominated by mobility, Gallagher said.

“I don't think we really know where specific demand is going to be and what those business models might look like.”

Bringing costs down and the danger of greenwashing

Oil and gas firms will likely continue to dominate the green hydrogen sector in the near term. Gallagher questions the viability of a utility model based on using green hydrogen to mop up curtailed — that is, free — electricity, as the utilization of the electrolyzer would be far too low. Without a clear sense of the business model, there's a danger that early dabbling could be perceived as greenwashing.

Iberdrola has a firm offtaker and says it expects its first green hydrogen electrolyzer to run 2,000 hours per year, or about 23 percent of the time, but it's looking at ways to boost that.

Cost aside, hydrogen holds several powerful attractions for utilities and oil and gas firms alike. Swapping hydrogen for natural gas could prolong the life of existing gas infrastructure — whether by adding hydrogen to the natural gas piped into consumers’ homes for heating, adding it to the fuel mix at gas-fired power plants, or switching it into industrial processes like steel-making.

Uniper’s gas decarbonization plan, expected in early 2021, will reveal more about its plans for the technology. Uniper's 2035 carbon-neutrality target suggests changes will be more than cosmetic. CEO Andreas Schierenbeck has said Uniper's hydrogen strategy will open to carbon capture — meaning "blue" and green hydrogen — but “clean hydrogen will, as far as it is possible and sensible, replace the fossil components of the gas plants.”

GE claims its fastest-selling fleet of gas turbines can already run with as much as 50 percent hydrogen, which is much more than tokenism. At that level, it could mean a halving in emissions as long as the green hydrogen hasn't been shipped across an ocean. So far, proposed gas injections for heating supplies have fallen far short of 50 percent — typically more like 5 or 10 percent. The H100 pilot in Scotland, designed to generate and distribute green hydrogen for heating, is still awaiting approval.

Meanwhile, Uniper is working with Siemens on the conversion of its gas storage facilities to hydrogen storage.

“If we also succeed in using our gas storage facilities to a large extent for hydrogen, we will be closer to a solution to the core problem of the European energy transformation: the lack of storage capacity for fluctuating renewable energies on an industrial scale,” said Schierenbeck.

A certain set of circumstances will need to fall into place to make the case for switching from carbon-intensive hydrogen to green a compelling one, Gallagher says. That's true even at the scale the oil majors can reach in these early days for green hydrogen.

In a scenario where both natural-gas prices and carbon prices rise, and there is government support in place, green hydrogen might pencil out economically, Gallagher says. But as of today, "the economic case is still not there, and it won't be for some time."

Tell a friend:
Who Will Own the Hydrogen Future: Oil Companies or Utilities?