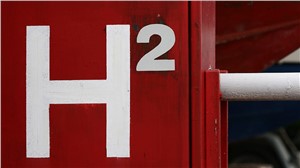 Western Australia is set to become host to one of Australia’s first biogas to hydrogen production facilities, with the board of Hazer Group approving its final investment decision for its $17 million pilot project.

The ASX-listed Hazer Group, which was created as a spin-off to commercialise the “Hazer process” developed at the University of Western Australia, successfully made its final investment decision to proceed with the $17 million Hazer Commercial Demonstration Plant (CDP) project.

The project is set to be built at the Western Australian Water Corporation’s Woodman Point Wastewater Treatment Plant and will produce up to 100 tonnes per annum of low-emissions hydrogen using biogas collected from the treatment plant.

“This is a significant milestone, and we look forward to moving smoothly into Project execution,” Hazer Group managing director Geoff Ward said.

“The Hazer CDP is a key step in demonstrating the commercial readiness of our technology to the growing national, and international, low-emission hydrogen market. We are delighted to continue the development of this novel Australian technology. We look forward to working with Primero to execute an excellent project.”

Hazer Group had hoped to secure an offtake agreement with BOC to purchase the hydrogen gas produced during the pilot project but said in a statement to the ASX that the company had not been able to come to agreed terms with the gas company.

The company has secured a $9.41 million grant from the Australian Renewable Energy Agency to undertake the project and will use $8.4 million raised in shareholder funds and a $6 million loan facility from Mitchell Asset Management’s Go-Innovation Finance Fund to cover the cost of the project.

“We are grateful for the support of ARENA and Water Corporation in making this exciting world-first project possible. The Hazer technology enables a new source of low-emission renewable hydrogen to be developed,” Hazer Group managing director Geoff Ward added.

“It will increase the utilisation of waste resources, improve civic infrastructure and offer new economic opportunities through the development of graphite-manufacturing opportunities and hydrogen for transport or clean energy.”

Instead, Hazer will consider options for using the hydrogen itself, receiving ARENA approval to potentially use the hydrogen to produce electricity using a stationary hydrogen fuel cell power generation system.

However, given the growing interest in hydrogen has a zero emissions fuel in Australia, Hazer is confident that it could still secure an offtake agreement for the hydrogen produced at the pilot plant.

With ARENA backing, the pilot project will use renewable biogas as a feedstock. However, the Hazer process can produce hydrogen using any source of methane gas and may be adapted for use in the production of hydrogen from non-renewable sources like natural gas.

The Hazer process can also be used in the production of a synthetic graphite material when iron ore is used as the feedstock, which serves as a way to capture and utilise excess carbon produced from the methane-to-hydrogen conversion process. This allows the process to directly incorporate a method for avoiding emissions when producing hydrogen from a fossil fuel.

Perth-based Primero Group has been selected as the EPC contractor for the project. Construction is expected to commence in early 2021 and is expected to be completed by mid-2021.

The project is due to operate as a pilot facility for a period of three years.