Rooftop Solar is the Biggest Generator in the Market, But No One is in Charge 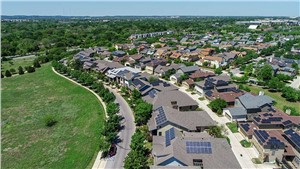 Australia’s Energy Security Board has called for the establishment of a new body to govern the nation’s huge and booming distributed energy resources market, which already boasts more than 12 gigawatts of rooftop solar across the country.

A consultation paper released last week calls for feedback from industry stakeholders on the proposed creation of a DER Standards Governance Committee under the National Electricity Rules (NER), convened under the Australian Energy Market Commission (AEMC).

As the paper notes, distributed energy resources, or DER, extends beyond Australia’s current 2.2 million rooftop solar systems to include millions of air conditioners, hot water systems, pool pumps, and over 24,000 distributed batteries, as well as a slowly growing fleet of electric vehicles.

But by far the biggest concern right now is the rooftop solar part of that equation which the Australian Energy Market Operator recently noted is on track to be 25 times bigger than the grid’s biggest remaining coal generators by 2025 – a huge resource that is currently governed by no one, and guided by no over-arching technical standards.

The new body, as proposed by the ESB, would provide clear leadership on DER governance vision and continuing distributed governing of DER technical standards.

This is proposed to be supported by a new performance monitoring framework, with improved monitoring and compliance arrangements to allow earlier detection and remedies for non-compliance.

The body would establish a set of technical standards, designed to support electrical system security, distribution network management and affordability for consumers, including through the sale of DER services.

The technical standards would address issues of communication, data, cybersecurity, and demand response, and would aim to provide a minimum level of predictable performance under network constraints or during power system disturbances.

“A critical mass of DER, under active management, may avoid the cost of dispatching or investing in utility-scale generation or energy storage to provide system security services (e.g. frequency control reserves, voltage control). This would then provide benefits to all consumers”

As RenewEconomy has reported, the subject of how to manage Australia’s huge rooftop solar resource so that it benefits the greater grid, rather than impedes it, has been a particular focus of the AEMO of late. Most recently, it sought new rules allowing it to turn off solar exports on the rare occasions they threatened to overwhelm its ability to manage the grid.

These standards, the paper says, would be managed to enable full stakeholder engagement while also keeping pace with evolving technical needs for DER hardware and software.

“It is vitally important that the minimum technical standards are nationally consistent, recognising that some jurisdictions or Distribution Network Service Providers (DNSPs) will need to set additional requirements for their circumstances,” the report says.

“The governance process, therefore, needs to include input from a broad range of stakeholders, including some from outside the NEM.”

Tell a friend:
Rooftop Solar is the Biggest Generator in the Market, But No One is in Charge