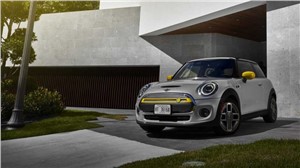 BMW Group has officially launched the first all-electric Mini on the Australian market, a three-door hatch with a 233km range, a fast-charging battery, and a price tag that will set you back just under $A55,000.

The Mini Cooper SE has arrived in Australia on schedule; BMW Group says it is currently accepting orders (with a $2,000 deposit) for delivery in early 2021, as EVs set aside for 2020 delivery have already sold out.

Happily, though, there are already a few cars set aside for the media, and The Driven gratefully accepted an invitation for a half-day self drive around the locked-down suburbs of Metropolitan Melbourne on Friday.

Given the current Covid-19 restrictions, the test-drive experience is super low key. You’re handed a key and, apart from a booklet in the glove compartment that sets out some basics and a driving route, it’s every woman for herself.

But for someone whose only other EV driving experience was a Tesla Model S several long years ago, it has so far all proven fairly intuitive – even the charging bit, halfway through the trip. But more on that next week in my review.

Initial thoughts are that it is, indeed, a very zippy and responsive little electric vehicle. While BMW’s chosen route takes you into the hills of Melbourne’s Dandenong Ranges, it seems much better suited to the city streets where the regenerative braking is in its element.

And that’s just as well, as the electric hatch is being plugged as “perfect for city dwellers,” with its relatively small 32kWh battery offering the ability to achieve an 80% charge in just 36 minutes when using a basic 50kW DC public charger. (Although regular top-ups would be much shorter).