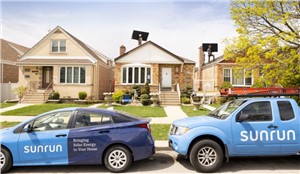 Earlier this month, Sunrun, the largest residential solar company in the U.S., declared its intent to acquire Vivint Solar, the second largest installer. It’s an all-stock transaction that would value the combined entity at over $9 billion.

It's a big deal -- literally. The enterprise value attached to Vivint is $3.2 billion, which makes it the largest single transaction in the history of the distributed energy market.

It’s also a big deal because of what it says about the state and future of distributed solar, plus adjacent markets like energy storage and maybe even electric vehicles.

So that's what we're going to talk about today. Shayle sits down with Austin Perea, senior solar analyst for Wood Mackenzie Power & Renewables, to talk about the strategy behind the deal, and what it tells us about the next phase of the market.

Assuming the acquisition goes through, how big will this new entity be?